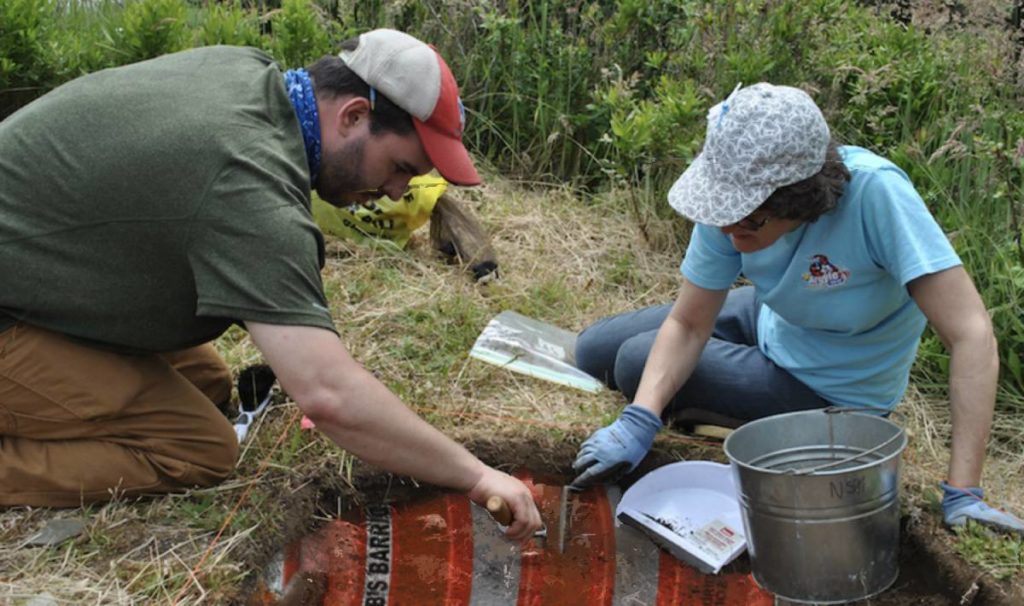 Road work. It’s the pride and joy of the Tampa Bay Area; but how original is it?

A recent archeological discovery by the University of Tampas own Dr. Anita BettaJobu, sheds new light to exactly how long construction has actually been going on.

Discovered at a recent dig site in the new Old Seminole Heights neighborhood, crews have found what appears to be the remains of an ancient Bob’s Barricades traffic control drum.

“We are like, just super stoked to find this,” said Dr. BettaJobu when reached for confirmation. “Can you imagine all the grant money this is going to pull in? We’re going to be rich! I might even be able to afford something other than Ramen for once!”

When pressed, she continued “Look, we haven’t gotten the carbon dating back yet, but we are fairly certain it originated from road construction dating back to when the Seminole tribe of Florida used to live in the area. At least around the 1700’s, possibly earlier.”

“According to our research; native tribes used to use every part of the construction to their advantage. Barricades for building materials, Traffic cones as water carriers and they even wove the hard hat andneon vest into their native matingrituals. So it’s not a surprise to find one, but we have never found one this old and so well preserved before. With careful exploration, we may even find out the origins of the legend of the express way.” When asked about how they came to discover the area she elaborated, “we discovered the dig sight when we found several examples of Native American SunPasses located in the area and with a careful search of an ancient printout of something called ‘MapQuest’ we were able to narrow it down to a stretch of 5 to 10 miles “

Should this be true, this marks it as Tampa’s oldest construction project, seconded only by the I-4 interchange which began construction on March 3rd 1823. When we spoke to the city council on road projects they informed us that if this were to be correct and an agreement with the local tribe struck, we could expect completion of the project some time in the near future. They also said that they would look forward to installing new toll booths as is tradition.