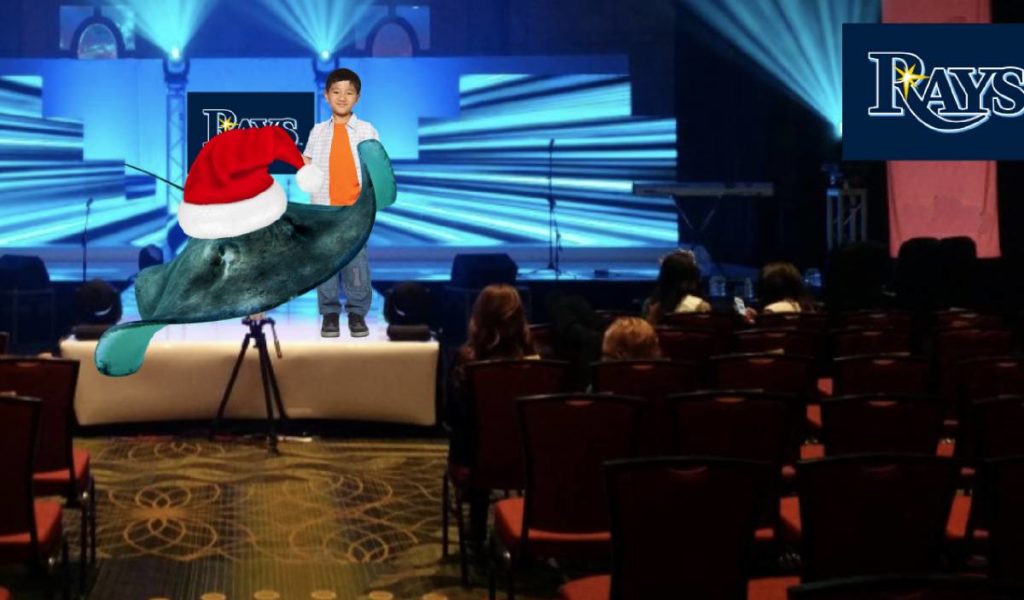 It’s only February, but that’s not too early for the Rays to begin their yearly “Manta-Claus” Stingray beauty pageant talent search.

Every year, hundreds of fans compete to see whose stingray is the jolliest, and crown the Christmas Ambassador for the Rays.

“I’m so excited, I think this is our year!” Says Shelby Anderson as she enthusiastically holds her stingray up out of it’s tank. “Sheldon and I come down every year, but we’ve never made it past the third wave yet!” She clinches her fists in excited frustration. “The line is down the street every year, but it’s worth the chance for my baby to be the Rays official Christmas mascot! Woo!” She lets out a loud bellow and then turns back to face the line.

The annual contest auditions are being held at Edison Labs in North-West St. Petersburg, Monday through Friday, from 10am to 10pm. Participants have the opportunity to place their Manta Ray in the official Rays “Judgment Tank” where officials will then inspect the stingray carefully to see if it portrays an on-brand image of jolly old Saint Nicholas.

“We’re looking for a Stingray that has qualities that remind fans of the magic of Christmas, and the wonder of our youth.” Says Raymond J. Ames, one of the thirteen judges for the pageant. “This is the Tampa Bay Rays we’re talking about here, this is the PEAK of stingray branding, and St. Pete, St. Nick, it all just comes together for a perfect synergy of puns and branding with our lovely copyrighted ‘Manta-Claus.’” Ray undresses and slowly lowers himself into a large tank of stingrays. “This is my favorite part.” He puts goggles on then submerges himself in the water with the rays and begins feeding them fish one at a time from his mouth. After a vapid 16-minute feeding-frenzy, Raymond pops his head out of the water. “We need to see which ones are family friendly! Safe around kids! So far only 2 stings!” He goes back down, deeper this time.

Over the upcoming 8 months, judges will rigidly review the hundreds of contestants, with the grand finale winner-reveal happening 2 days before Christmas.  Security has been upgraded this year as numerous people in line began fighting last year over “who was first” and began using their stingrays stringer’s as weapons.