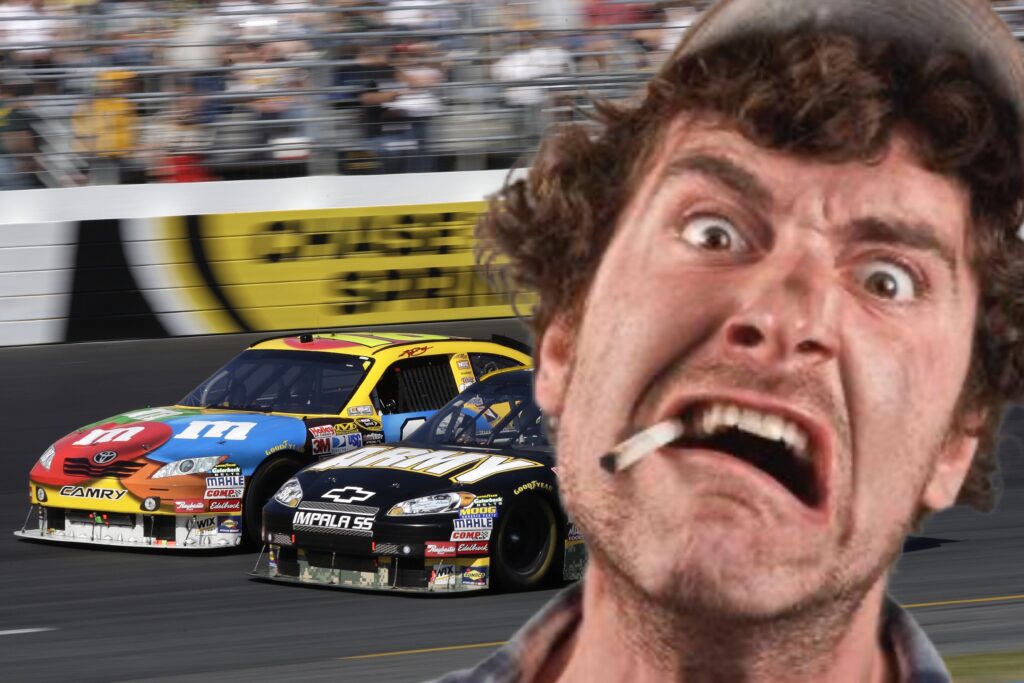 Wesley Chapel business owner, Clive Whitman, has attended the Coke Zero Sugar 400 every year for the past 18 years. Up until the schedule change for 2020, the race would run on 4th of July weekend with a fireworks display after the unique Saturday night race making it the most patriotic of the season.

Clive would begin his annual trek to Daytona International Speedway at 5 AM the Wednesday before the race to get in the first group to be let into the infield at 8 AM for the 4 day celebration.

“We usually got all our stuff set up with flags flying, water in the pool and everything by 10 AM,” Whitman explained, “then it’s time for Jager shots.”

When asked if the Confederate flag was included in those he replied, “Hells yeah it was. I’m Southern by the grace of God and can’t nobody take that away from me. We got a rebel flag, a Kyle Busch flag, a Trump 2020 flag, a flag with Trump’s face photoshopped on Rocky, and a flag with Trump’s face photoshopped on Rambo. You know the scene where he got the machine gun just rippin through all those Oriental fellers?”

I asked Clive if he would be returning to the Daytona infield for the now late August race if the tracks reopen. “Well I’d like to. I love racin. I can take a flag down, but I aint covering up this here,” said Whitman as he showed his forearm tattoo portraying the Confederate flag.

“This is my heritage, my blood, my skin. They can’t not let me in because of the colors on my skin. There’s all kinds of fellers with Rebel flag tattoos. Do they expect us to just change our skin?”

The 2020 Coke Zero Sugar 400 will run at Daytona International Speedway August 29th at 7:30 PM and broadcast on NBC. The Speedway has not yet released a decision whether or not fans will be allowed to attend.