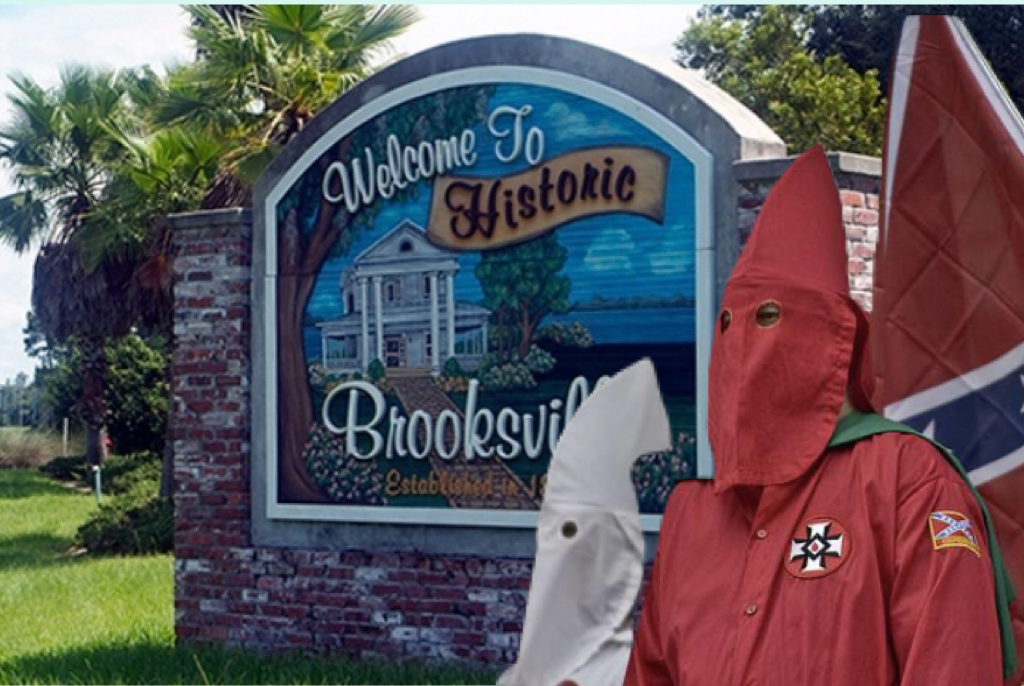 Protestors are set to march towards Brooksville’s famous Hanging Tree located in front of the Downtown Courthouse as part of the Klan Lives Matter Rally.

“We are tired of the persecution and we want cops to stop killing us,” said Ike Ford, a Florida Klansmen and organizer of the event.  “This rally is about what really matters, and it’s that every life, no matter how racist, deserves to keep breathing.”

“I think all racist should die,” said Richard Sperbs, a Brooksville native and old white man who was being paid by George Soros to protest. “I am not being funded by any billionaire, I’m here because I think racist should die and the police need to stop killing innocent black people.”

Sperbs was then assaulted by a group of Klansmen, who held him down and branded their insignia on his forehead. They then dragged his screaming body towards the Hanging Tree where they forced a noose around him and strung him up.

As Sperbs gasped for air, a car rammed through the crowd, mowing down at least twelve of the hooded Klansmen, sending their pajamas flying everywhere.

Body parts rained down across the lawn of the courthouse. The car eventually crashed into the tree, knocking it down.

Sperbs was able to survive long enough to land on his feet as the tree fell over.  He escaped the rope and ran toward the crashed car to thank his savior.

The car door opened, and a ton of beer cans and bottles flooded out, the driver then slowly crawled out of the wreckage.

Sperbs was surprised to see that his savior was none other than a drunken Matt Gaetz, Florida Congressman and the secret adoptive father of a Cuban immigrant.

Gaetz was dragged to safety just before his car caught fire and blew up. The congressman then apologized to the Klan for ruining their rally.

“My bad fellas, I was trying to find parking,” said a still inebriated Gaetz. “I hope y’all don’t get too mad.”

Sperbs was arrested for trespassing on government grounds and destruction of property.

The Klan has rescheduled their rally until they can fix their famous Hanging Tree.