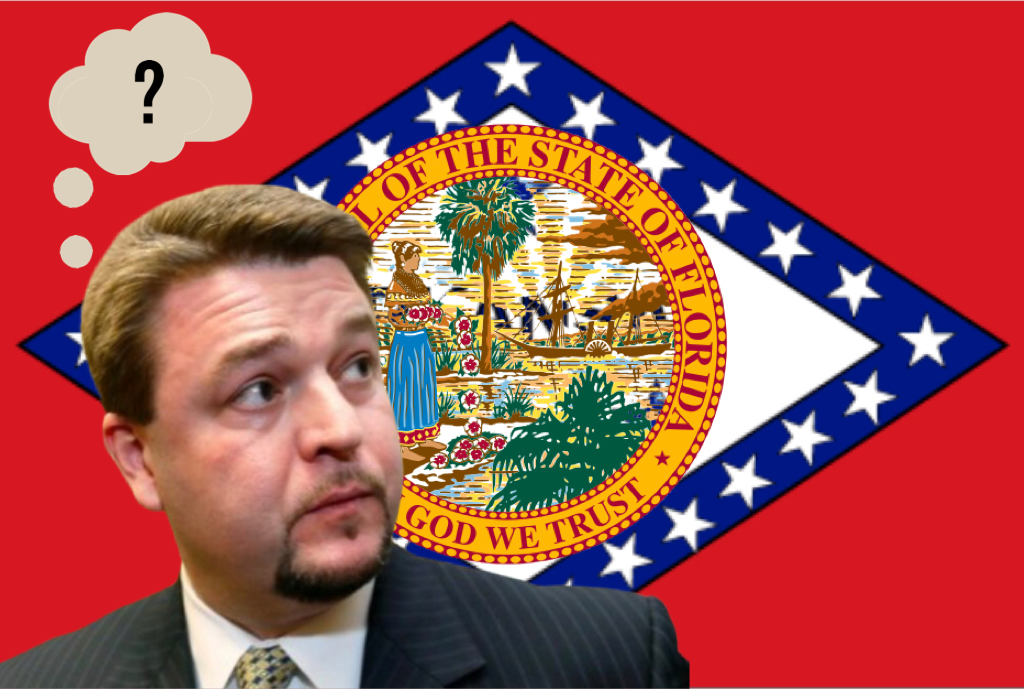 Jason Rapert, a Republican state Senator from Arkansas who achieved some limited notoriety for taking a staunch anti-mask stance and claiming that COVID was a hoax before catching it along with pneumonia while accomplishing absolutely nothing else in his life, has said something so stupid that it’s widely and mistakenly assumed he’s from Florida.

In a Facebook post on May 23rd, he expressed incredulous exasperation over a social media platform asking if he wanted to set preferred pronouns for the sake of self-identification, choosing to write a five-paragraph public diatribe instead of simply refusing that option.

“Yeah, I saw that. What an idiot. Florida Man strikes yet again, right?”, said Melanie Childs of St. Petersburg. “No? You’re kidding. Huh.”

The undeniable highlight of the unintentionally hilarious screed, clearly meant to pander to the kind of people who are highly offended by being given the option of pressing ‘2’ for Spanish on the phone, folks with mobility and accessibility issues having their own parking places, LGBTQ issues or any number of things under the dreaded “woke” umbrella, aka things that don’t actually affect them in the slightest, was closing it by going to the trouble of identifying himself by not only gender, but age range and race as well (entire post listed below). To no one’s surprise, he’s proud to be “a white, middle-aged male”.

“I disagree slightly”, said Sam Poritz of Brandon. “My favorite part was the condescending tone he takes, like he’s handing down some serious, common sense, hard-won wisdom, as if he’s functioning on a higher intellectual level than anybody else, instead of exactly the opposite. Any time someone starts a sentence with ‘You see’, you know you’re dealing with a tool who doesn’t know what he’s talking about. The American flag emoji at the end is a nice touch, too.”

Poritz’ wife Angela said, “I’m not sure he’s as opposed to ‘virtue signaling’ as he seems to think he is.”

“Wow, it’s not easy to out-stupid most of Florida’s elected officials but he nailed it”, said Roger Sajak of Tampa. “Good for him, I guess. I mean, assuming that’s what he was going for, right?”

”You read the whole thing and it’s obvious he thinks he’s taking a bold stance against something legitimately concerning”, said Robert Corey of Temple Terrace. “He says exactly that! Hilarious!”

“You know what? Let’s just bestow an honorary Florida Man designation on him. He’d certainly fit in”, said Phyllis Quidlow of Clearwater. “Since Arkansas Man isn’t a thing, although it probably should be.”

“Yeah, no question he’s stupid enough to drive the wrong way on an interstate or fuck around with alligators or blow himself up in a homemade meth lab explosion”, said Cletus Rebar of Plant City who has done all of those things more than once. “Fuck it, let him in. One of us! One of us!”

“Are you Kidding Me?

One of my social media platforms just asked me if I wanted to select pronouns to let people know how I want to be recognized. Well, no thank you.

You see, for about 95% of the world telling the difference between a MAN and a WOMAN is very easy. I also wonder why we need any of these Tech companies trying to force people into the woke mentality that seems to be consuming certain segments of our culture.

Oh, and just in case you may be wondering. I’m a white, middle-aged male and I am proud of it. There is no reason we cannot celebrate who we are just like everyone else. Without our continued contribution of love for God & country, devotion, and hard work – America would have already failed.