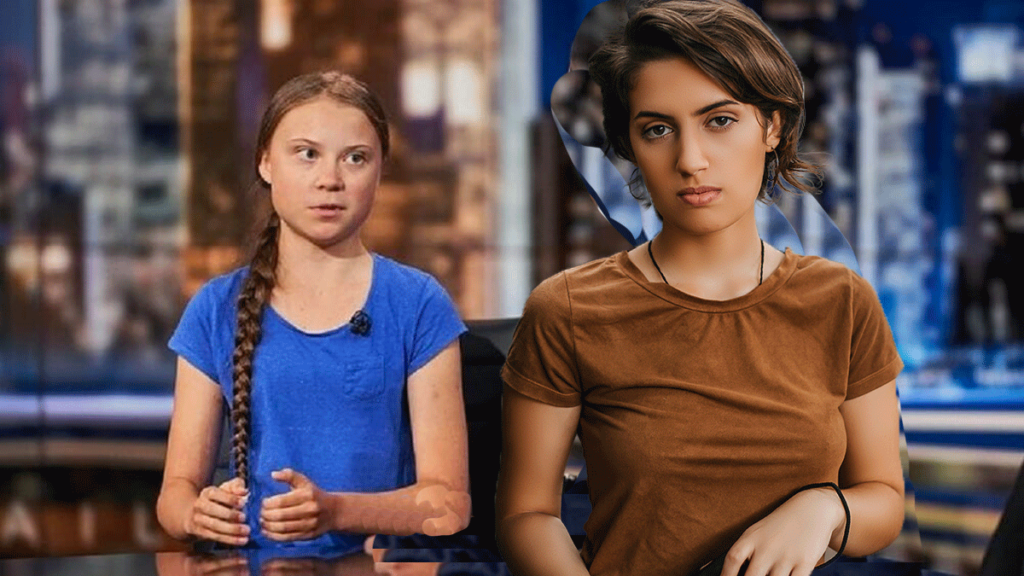 Chelsea Kuubler, a 16-year-old in Dunedin, hates environmental activist Greta Thunberg, but not for the same reasons that many people have for disliking the Swedish teenager.

“I’m sick of all the attention my dad pays to her,” says Chelsea. “She’s all he ever talks about. Well, he mostly yells about her, but at least he pays attention to her. On Twitter, Facebook, television. It’s non-stop and I hate it and I hate her. She’s the worst.”

Chelsea, a former honor student whose grades have dropped dramatically in the first semester of this school year, says she simply can’t compete with Thunberg. “When Greta was 15, she skipped school to protest outside of the Swedish parliament for stronger climate protection, which is a pretty admirable excuse to skip school. There was a Reddit thread about it and my dad commented 39 times. Last month, I got suspended for a week for skipping school to make out with the black guy who sells weed behind the Domino’s down the street and all he did was mutter something about ‘fuckin’ millennials’ and turned the TV up.”

Her father Doug is among many who believe that Thunberg is a ‘plant’, being exploited by liberal operatives and that her parents should be ashamed of themselves for neglecting her. “Yeah, my dad doesn’t really grasp the concept of irony, I guess,” Chelsea says. “I’d settle for being exploited at this point.”

Chelsea says she’s running out of ideas to get her father’s attention. “I’ve used his credit cards without permission to buy black lipstick and fishnet stockings. I’ve taken entire six packs of Heineken out of our refrigerator. I even stole his car one night and broke a taillight backing it out of the driveway and smashing our mailbox. None of that even registered with him compared to how he responded to Greta being on the cover of Time magazine. He’s never even met her and I’m his own flesh and blood,” Chelsea sighed heavily and added, “There’s no way I don’t end up stripping at Silks.”