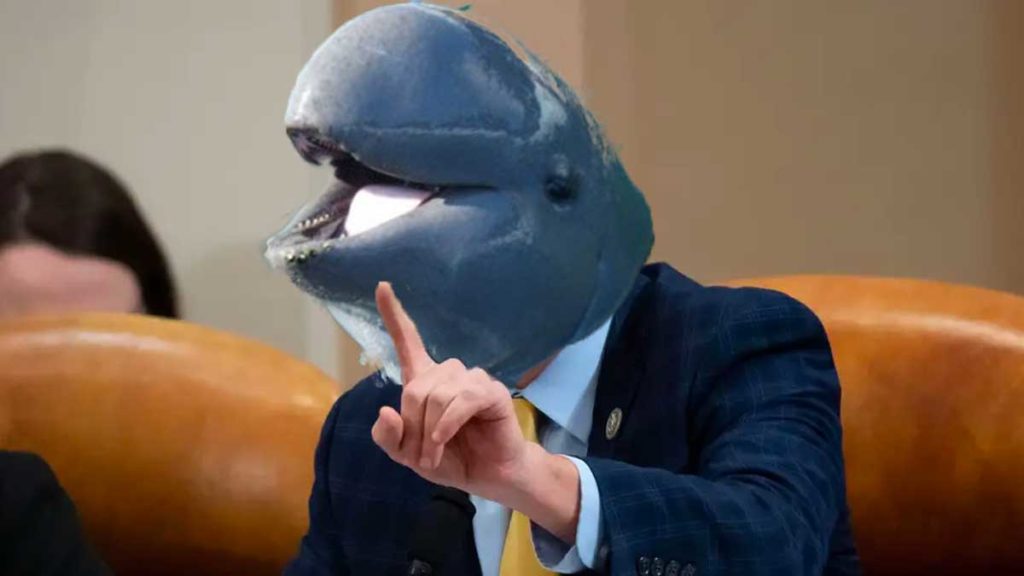 A local man skimmed through a pre-recorded Trump impeachment article hearing in hopes of find the talking points that most align with his world view.

“I don’t understand government, civics or ethics at all,” said Paulie Borntarters.  “It was very infuriating having to think about how the democrats want to have laws and rules followed by a president who said he won’t follow rules.”

Borntarters was wearing a MAGA 2020 hat and cleaning his gun when I approached him for the interview, he offered me some homemade biscuits and a breakfast platter.

“I tried to give the democrats the benefit of the doubt, but then I saw what looked like an Irrawaddy dolphin making some fart noises with his mouth,” said Borntarters while serving me a full plate of bacon, eggs and toast.  “Then I found out that dolphin guy was actually my State Representative, Matt Gaetz.”

Borntarters played me a clip of Matt Gaetz during one of the impeachment hearings on his phone, noting that his way of yelling nonstop was proof that he knew what he was talking about.

“I have no doubt that this man and others like him in power have no reason to lie to me,” said Borntarters.  “Unlike those democrats who only know lies and deception.  I may not know government outside of the talking points that are presented as the only thing that I should know, but I know a liar when I see one and this Gaetz guy is legit.”

I had finished my breakfast plate and Borntarters asked me if I would like some more.

“I’m all stuffed, that was amazing though, thank you so much,” I said to him.

“Anytime brother,” Borntarters said while giving me a firm handshake.  “And listen, while I suspect you may have a different political opinion, that doesn’t change the fact that I’m still a good person and I wish the best for everyone in this country.”

“I appreciate that,” I said to Borntarters.  “This hearing stuff is all a show to distract people about the real issues.”

“Yup, if you come to this country, speak English and get a job.” Borntarters said before kicking me out of his home.

“I was going to say everyone shouldn’t blindly believe whatever some crazy guy in a suit is yelling, but I guess that’s the same thing.” I walked towards my car but as I went to unlock it, Borntarters surprised me with a hug from behind.

“Remember to love everyone, even if they are liberal demons who want to destroy our democracy by making the billionaire class pay their fair share to fund programs like Medicare for All,” Borntarters said before slamming me to the ground and shooting me point blank in the head with a shotgun.