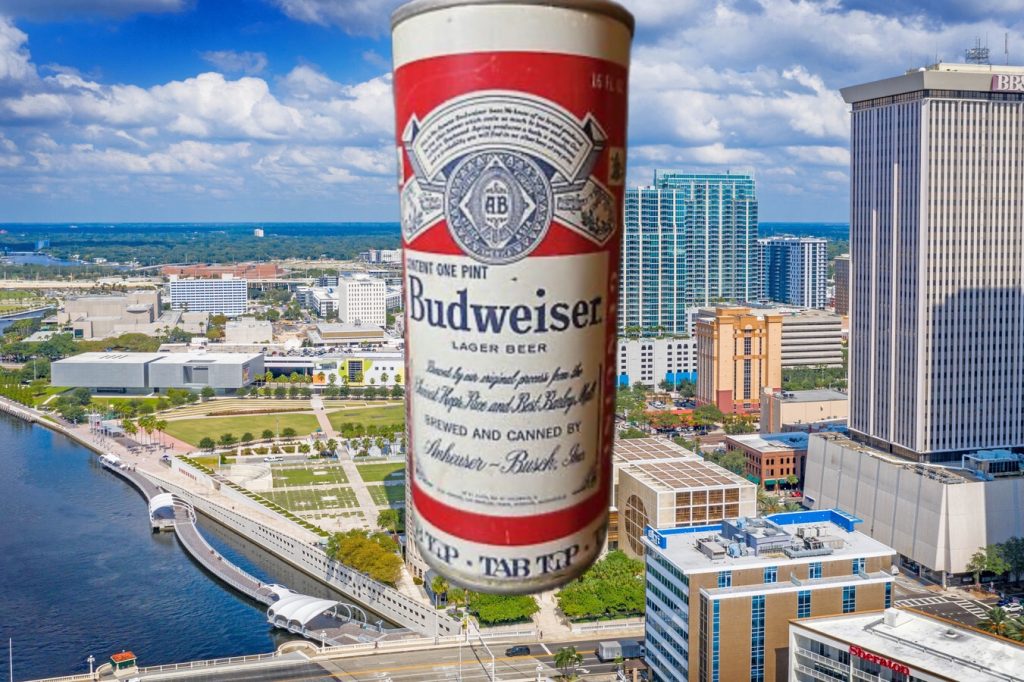 Sykes Enterprises was sold to a global customer service company based in Miami, the Sitel Group, in 2021 and is no longer a public company. Hence the decision to remove the branding of the Beer Can Building.

The Beer Can Building was constructed in 1988 at a cost of $150 million as headquarters for NCNB, which later became Nations Bank.

The building that everyone has always called the Beer Can Building was designed by architect Harry Wolf, basing its measurements on the Fibonacci sequence, in which each number is the sum of the two preceding numbers, leaving each tile in the floor and each window pane bigger than the ones next to it. Harry Wolf must really enjoy drinking beer from a can, since he built a whole giant Beer Can Building.

“The shape of Rivergate Tower has nothing to do with beer or beer cans,” said Mr. Budhauser, who’s still standing right here for some reason. “I can’t stress enough that the property’s actual, real, legal name is and always has been Rivergate Tower.”

Rivergate is a silly, made-up name that has no relevance to any neighborhood or downtown business district in Tampa, in spite of the Beer Can Building being right next to the Hillsborough River. Literally the only other things in Tampa with that name are an apartment complex five miles away, an office park six miles away (both located near the McKay Bay Watershed, which technically is a drainage basin and not even a river, so those are both bullshit too) and the parking garage directly underneath the Beer Can Building, which is in fact, a tower.

“I’m beginning to get very angry,” said Mr. Budweiser. “We have invested a lot of resources into identifying the property as Rivergate Tower and you are blatantly ignoring and dismissing those efforts.”