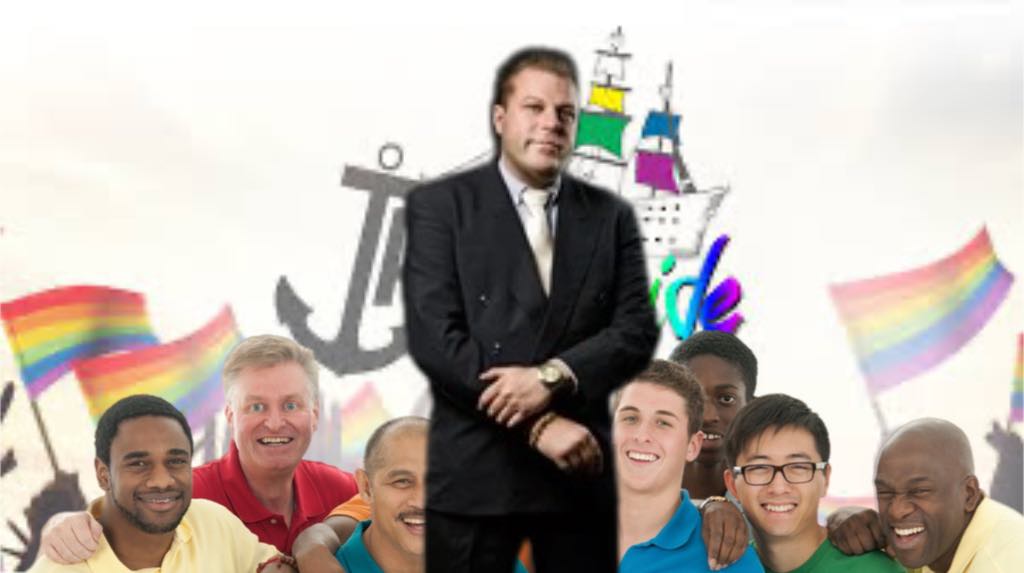 At last night’s monthly board meeting of Tampa Pride, the organization appointed a new and highly unconventional leader, Tony Capozio, a heterosexual cis male from New Jersey with experience in managing labor disputes.

The organization was thrown into turmoil last week when a high-ranking board member made disparaging remarks toward drag performers, remarks which have since been removed following that board member resigning.

Last night’s meeting was the first since the incident. Passions were high and the discourse was quite heated. Suddenly a man at the back of the room scratched his fingernails across a chalkboard that was there for some reason, causing the room to fall silent. He stepped to the front and addressed the assembled.

“All right, listen up. My name is Tony Capozio. I ain’t gay and I ain’t from here and most importantly, I ain’t gay. But if there’s one thing I know, it’s how to get a group of men to knock off the bullshit and get in line,” he said. “If they know what’s good for ’em, that is. And I make sure they know what’s good for ’em, and more importantly what is bad for ’em. Very, very bad.”

“You want to get this organization together, with everybody pulling in the same direction? Then you’ll put me in charge.”

The crowd started murmuring, which Capozio allowed for a few seconds before speaking again.

“Something you’ll learn about me is that I’m all about accountability. Somebody doesn’t meet their expected obligations, I will personally discipline them accordingly,” he said causing approximately half of those in attendance to respond enthusiastically.

“By the same token, I have those same expectations for myself. If I’m not doing my job, I fully expect someone to hold me accountable and enact discipline on me as well,” which resulted in the other half responding even more enthusiastically.

A quick poll was held and Capozio was elected unanimously as the group’s new leader.

Member Jeff Jeffers said it’s not exactly an ideal fit but one the organization needs.

← Beer Can Building no longer branded as SykesSt. Pete man can’t believe it’s been 10 years since thing that he believes never happened, happened →