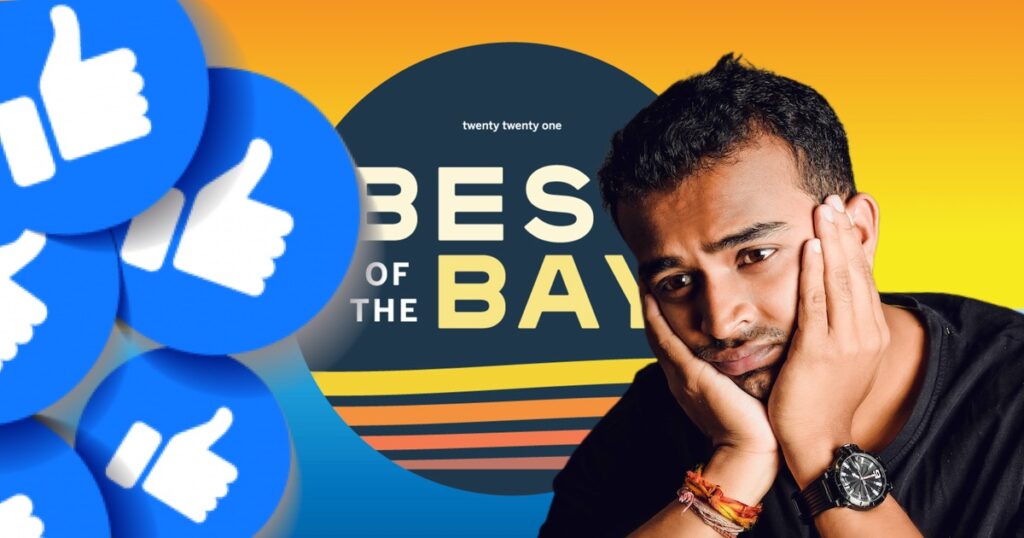 Scott Fulcrum, 2021’s Best of the Bay Readers Choice award for Best Balloon Animal Artist, feels like his staggering career accomplishment has not been appreciated to the degree it deserves by his Facebook Friends.

“When I was nominated, I posted that I was flattered and that was a reward in itself and I didn’t even care about winning”, he said. “Of course I didn’t mean a single word but that’s what you’re supposed to say so everyone knows how humble you are.”

“Then when I actually won earlier tonight, I was so happy that I posted about how thankful I was for all the people who supported me on this incredible journey, going so far as to mention some of them by name, demonstrating how gracious I am by sharing my hard-earned glory,” he said. “Since then, I’ve checked back every five minutes and I’ve only received 47 Likes and 13 Hearts.”

“Also, one Laugh Face react and that REALLY hurts”, he added. “What is that supposed to mean??”

He continued annoyingly, “It’s not even the amount of Likes, although I have over 750 Friends so actually it is kind of the amount. But worse is the proportion of Likes to Hearts. I mean, if you’re going to the trouble to read the status and comment on it at all, it takes exactly just as much effort to Heart something as it does to Like it. So, like, what the hell?”

“To me, every single one of those blue thumbs-up’s might as well have been a middle finger”, he moaned in an utterly impossible-to-relate way. “Honestly, it feels like I didn’t even win anything at all.”

Creative Loafing responded to Fulcrum whining about his now-hollow achievement by resuming being irrelevant until next year’s awards.