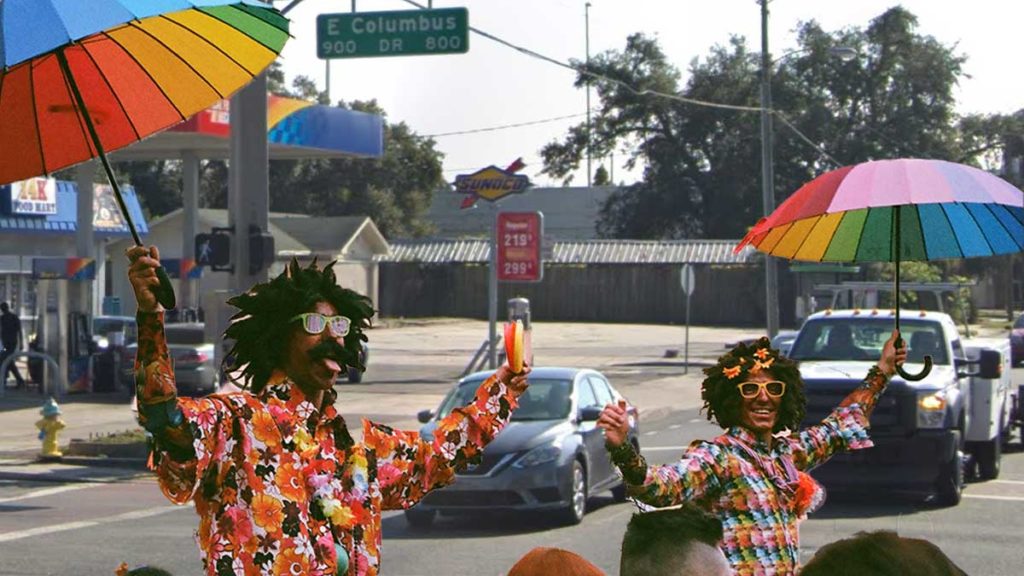 Larry Kippers of Tampa Heights, known as “That guy that walks around picking up dog poop even though he doesn’t own a dog” will serve as the grand marshal for the 2020 Totally Not Affiliated With Gasparilla Boost Mobile Pirate Festival.

“Each year, Ye Mystic Krewe of the Sunoco Station at the corner of Nebraska and Columbus selects somebody in the neighborhood who’s not a scumbag to represent our event that isn’t part of the official Gasparilla festivities but might be stumbled upon accidentally by tourists,” said organizer and Krewe Captain Dirk Grindmilk. “That’s getting more difficult every year. But we have our hands full fending off official Gasparilla lawyers so the last thing we need is some career felon as our figurehead. So, whatever. Have at it, Larry.”

Kippers is thrilled to be selected for this prestigious honor. “You got any dog poop?” He asked.

“Larry’s a hoot, isn’t he?” Asked Grindmilk rhetorically. “But seriously, if some chump with his wife and kids in town from Indiana makes a couple of wrong turns due to creatively rearranged and missing street signs and we make a buck or two, how is that a crime?” He added, “Unlike those Bayshore phonies, our guys who wear eyepatches are actually missing eyeballs, so who’s the real pirates here?”

The 2020 Totally Not Affiliated With Gasparilla Boost Mobile Pirate Festival takes place 24 hours a day, seven days a week. Larry Kippers will ceremoniously preside over an event that features more than 103 addled meth heads, five busted tranny hookers and 50 guys who, through either poor life choices or circumstances beyond their control, don’t mean to bother you but just need $1.25 for bus fare, stumbling around a four-and-a-half-mile parade route along Nebraska Avenue.