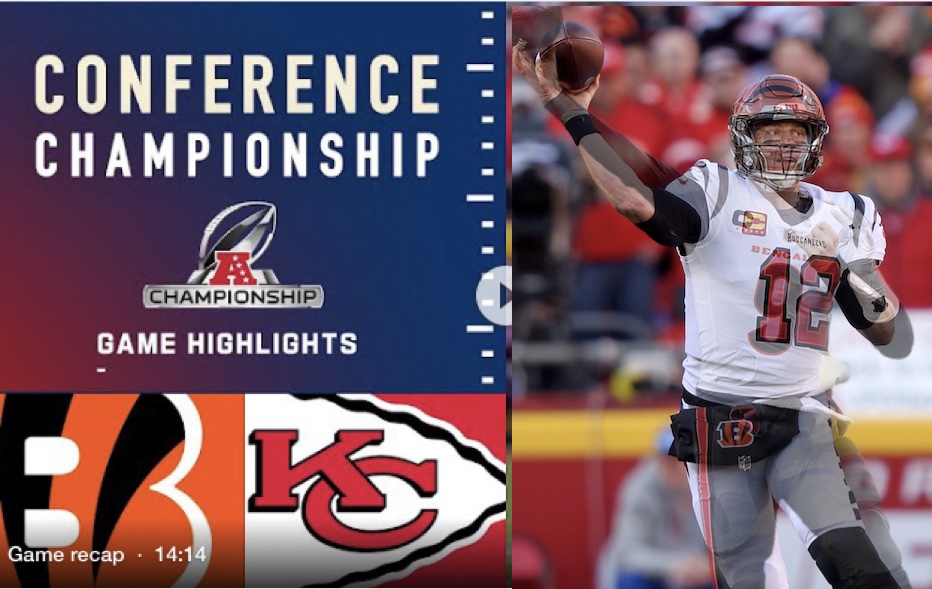 Former or current (depending on your choice of media source) Tampa Bay Buccaneers quarterback spent Sunday astral projecting himself into Cincinnati Bengals quarterback Joe Burrow and defeating the Kansas City Chiefs in the AFC Championship.

“Whether I’m retired or not, I didn’t have anything to do, and I like getting into Super Bowls, so I thought, what the heck? It would be fun to take the Bengals there,” said Brady.

Brady’s spirit entered the second year signal caller and former Heisman Trophy winner’s body with just under two minutes remaining in the first half and the Bengals trailing 21-3.

“Joe’s eyes kind of rolled back in his head for a second and I thought, ‘oh shit, has he got CTE?’” said Bengals left guard Quinton Spain. “Then he threw that 41-yard touchdown pass to Samaje Perine and I was like, ‘whatever he’s got, it’s good for us’”.

Brady/Burrow would go on to complete 23 of 38 passes for 250 yards with two touchdowns as Cincinnati completed the comeback, winning 27-24 with a field goal in overtime to earn the franchise’s third trip to the Super Bowl.

Long time Buccaneers fan and modern day Theosophist Mike Rivers said, “I knew what I was watching was something I’m familiar with. It all checks out.”

“Are you guys honestly surprised that I’m a master of astral projection?” the victorious quarterback quipped as he lit up a celebratory avocado cigar. “You know my favorite books are all Chinese handbooks on alchemy and meditation!”