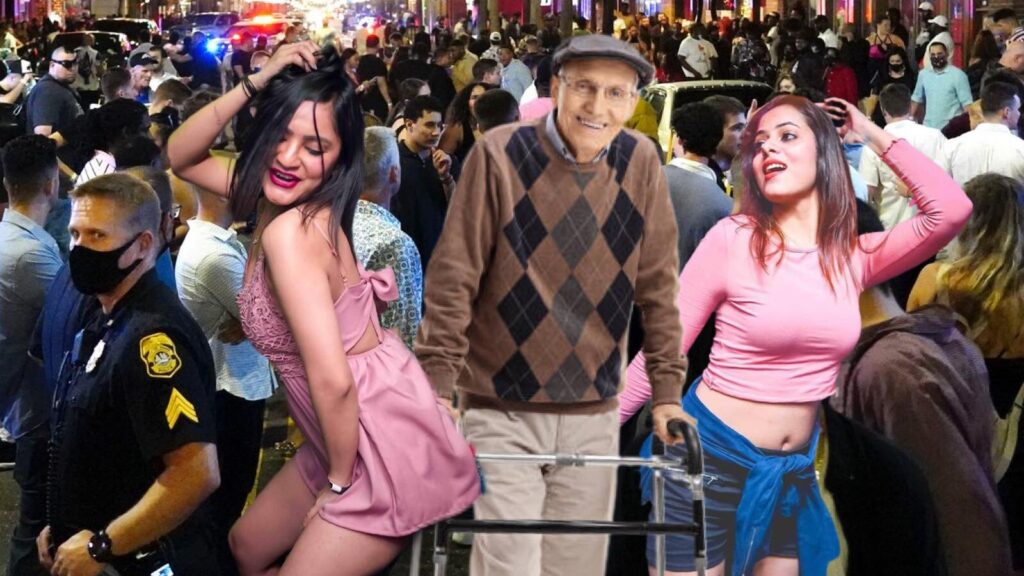 After the passage of a recent noise ordinance, Ybor City Historic Neighborhood Society announced it will begin requiring age verification to enter any business establishment in the district.

“We are catering to the folks with money,” said YCHNS President Howard Milonaise. “I moved to this neighborhood five years ago and I love the culture, but I hate the people that make it a noisy place to live.”

Under the new law, anyone under 55 must be accompanied by an escort. Nightclub establishments have also set a limit for the number of guests allowed per escort.

“To get around the law we started pairing older homeless people with groups of partygoers ages 16-25,” said a representative for the popular nightclub, Prunas Party Lounge. “The police quickly shut that down once they realized we were keeping the old homeless dudes drunk in a closet in the back of the club.”

Police are warning anyone under 55 that they will be taken out of the district by force if caught without an escort.

Some older residents are taking advantage of the new rules by selling themselves to younger people looking for a good time as part of a new escort service.

“Kids are always going to find a way to party, at least if they hire me, they can feel safe knowing they will have a good time,” said Shayla Rotunda.   “It’s also so expensive to live in this city, this is the only way I can afford rent now.”

While the new rules are not popular, city officials assure us it’s the only way we can keep the Tampa Bay Rays in Tampa for at least half the year.

“We got to make Ybor City attractive to the Tampa Bay Rays,” said Tampa Mayor, Jane Castor. “If we have thousands of elderly people who can walk to the game, we can ensure that the Tampa Bay Rays will always have a crowd.”

When asked about the rent increases that are pricing out the locals that made Ybor City a great place, Castor said, “When they are old enough they can come back.”