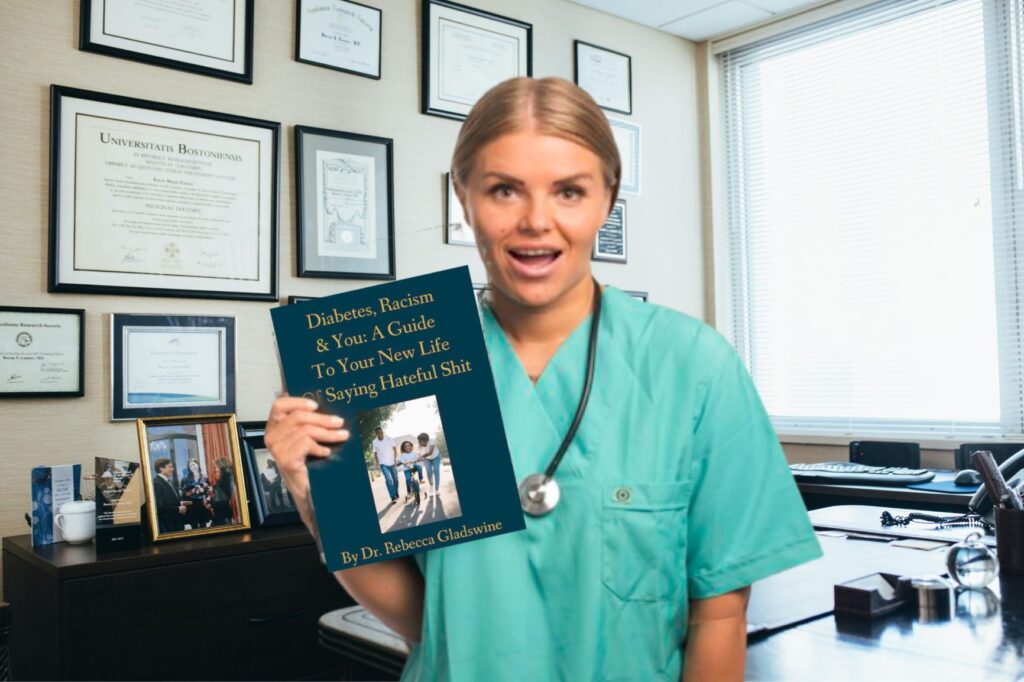 A general practitioner in Brooksville has proven that there is a direct link between diabetes and racism.

The theory of the two conditions possibly being related came to light last week when a high school basketball broadcaster in Oklahoma referred to the Norman High School girls basketball team kneeling during the national anthem prior to their Midwest City quarterfinal game as “f*cking n*ggers”:

“They’re kneeling? F*cking n*ggers. I hope Norman get their ass kicked. F*ck them. I hope they lose… They’re going to kneel like that? Hell no.”

Matt Rowan, owner and operator of the streaming service OSPN

After initially denying making the remark at all and throwing his broadcast partner Scott Sapulpa under a bus in the process, Rowan blamed his blood sugar levels:

“I, Matt Rowan, on Thursday, March 11, 2021, most regrettably made some statements that cannot be taken back. During the Norman High School girls basketball game against Midwest City, I made inappropriate and racist comments believing that the microphone was off… I am a family man. I am married, have two children and at one time was a youth pastor… I suffer Type 1 Diabetes and during the game my sugar was spiking. While not excusing my remarks it is not unusual when my sugar spikes that I become disoriented and often say things that are not appropriate as well as hurtful. I do not believe that I would have made such horrible statements absent my sugar spiking… While the comments I made would certainly seem to indicate that I am racist, I am not, I have never considered myself to be racist, and in short cannot explain why I made these comments.”

Matt Rowan press release, because of course it couldn’t possibly have anything to do with any of his deep-seated, personally held ignorance and hatred because he goes to church and used to be a youth pastor.

“As it turns out, what sounds like a complete bullshit attempt to dodge personal responsibility is actually a medically valid excuse”, said Dr. Rebecca Gladswine from her office at her practice in Brooksville. “There are a lot of people here who have diabetes and are… well, you know. Brooksville.”

“What we’re learning is that more and more people are open to living with the consequences of their conditions if they have any reason whatsoever to believe that they’re not responsible for their conditions, regardless of how nonsensical those reasons seem”, she said. “Why prevent something preventable when you can just blame it on some other arbitrary, seemingly-unrelated factor and go on with your life?”

“It’s really just basic math and it’s all spelled out in my new book, which is designed to help these people to adapt and adjust to a long and happy life of saying terrible things while attempting to avoid any ramifications.”

“People should check out my book right away, especially residents of Brooksville. If the photo on the front triggers any feelings of anger or resentment, you’re probably at risk. Especially if you’re eating a hot fudge sundae while looking at it”, she said. “You may not be able to judge a book by its cover, but you can diagnose your bigotry and proclivity to blame it on a medical condition by my book cover.”