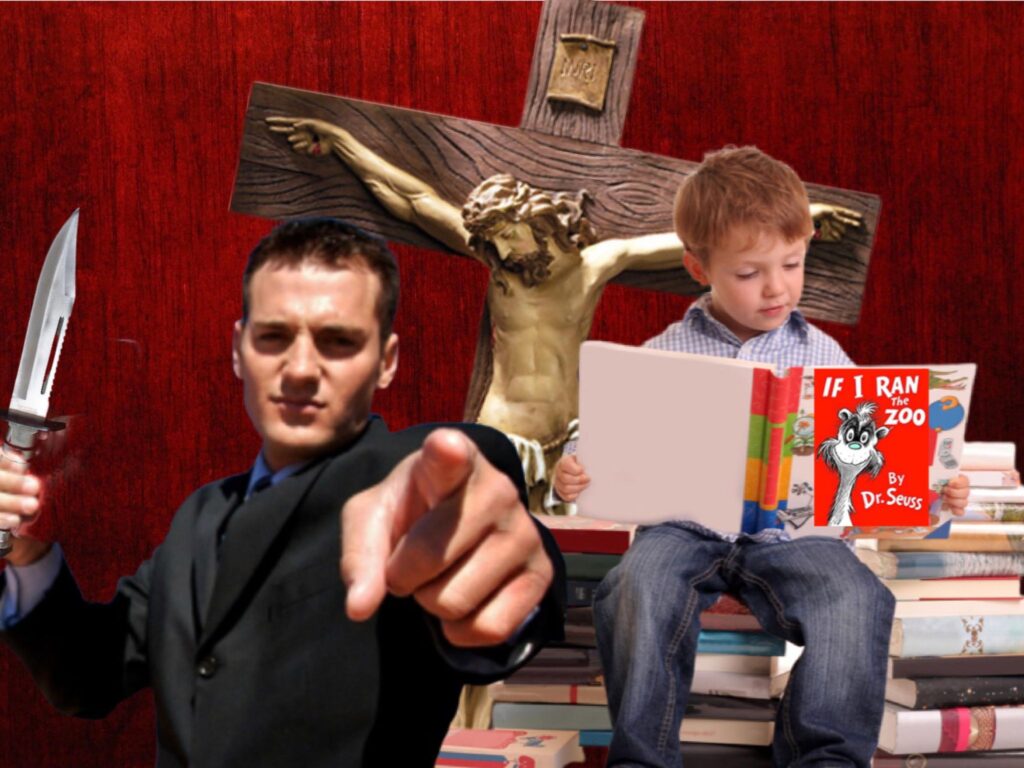 A Tampa elementary school third grader is safe today after his six copies of recently banned Dr. Seuss books stopped an accidental stabbing from a megachurch pastor during a sermon.

“I was trying to prove a point about cancel culture,” said Dennis McWelkins, pastor of Calvary Lake of Second Baptist Creek Community Church. McWelkins is facing several counts of child endangerment and illegal display of weaponry without a license.

During a rather long and intense speech about the dangers of not showing racist imagery to children, McWelkins attempted to show how Democrats wanted to kill Dr. Seuss and his legacy. He brought up the unidentified child in front of the mostly maskless congregation.

The pastor reportedly whipped out a 10-inch hunting knife and repeatedly stabbed at the child who was defending themself with the stack of Dr. Seuss books.

Church attendants witnessed in shock, assuming it was all part of the sermon.

“This pastor gets pretty intense sometimes, that’s why we drive two hours each way to come to this church.” Said Porter Mousechode, a father of three who demands his wife conform to his religious views in exchange for housing and financial support. “That was the most excited I have ever felt going to church, and I’m not just saying that because it was my child who was stabbed at.”

No charges are being pressed and the megachurch has asked us repeatedly to not publish this story.  They don’t want you to know that the books are being banned by the actual Dr. Seuss publishers themselves.