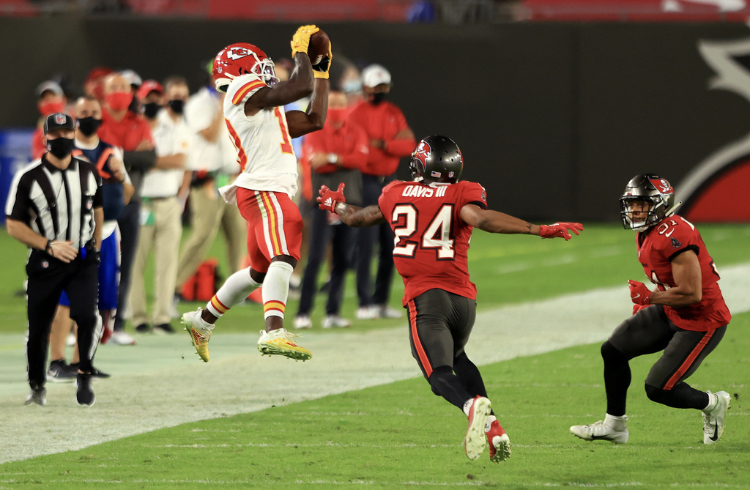 Following the Tampa Bay Buccaneers 27-24 loss to the Kansas City Chiefs Sunday evening, the same score as last week’s loss to the Los Angeles Rams, it’s beginning to look like the Bucs have a real chance to be a team of adequacy this season.

“I don’t want to jinx it, because there’s still a lot of football to be played this season,” said head coach Bruce Arians. “But we might be on the verge of something really, really mediocre here. Meh is a real and attainable goal for us now!”

“I had my doubts, especially a couple weeks ago when we were 6-2”, said receiver Mike Evans. “If you had told me then that we had a chance to be so-so, I probably would have laughed because it looked like we were really good. But we hung in there as a team and now look at us!”

A loss in two weeks to the Vikings (they’re off next week) will drop the Bucs to 7-6, just one game above a .500 winning percentage. “You can’t get any more average than that! That’s elite-level averageness!”, said linebacker Lavonte David. “Now it’s so close, we can smell it. And it smells like a boiled hot dog bun.”