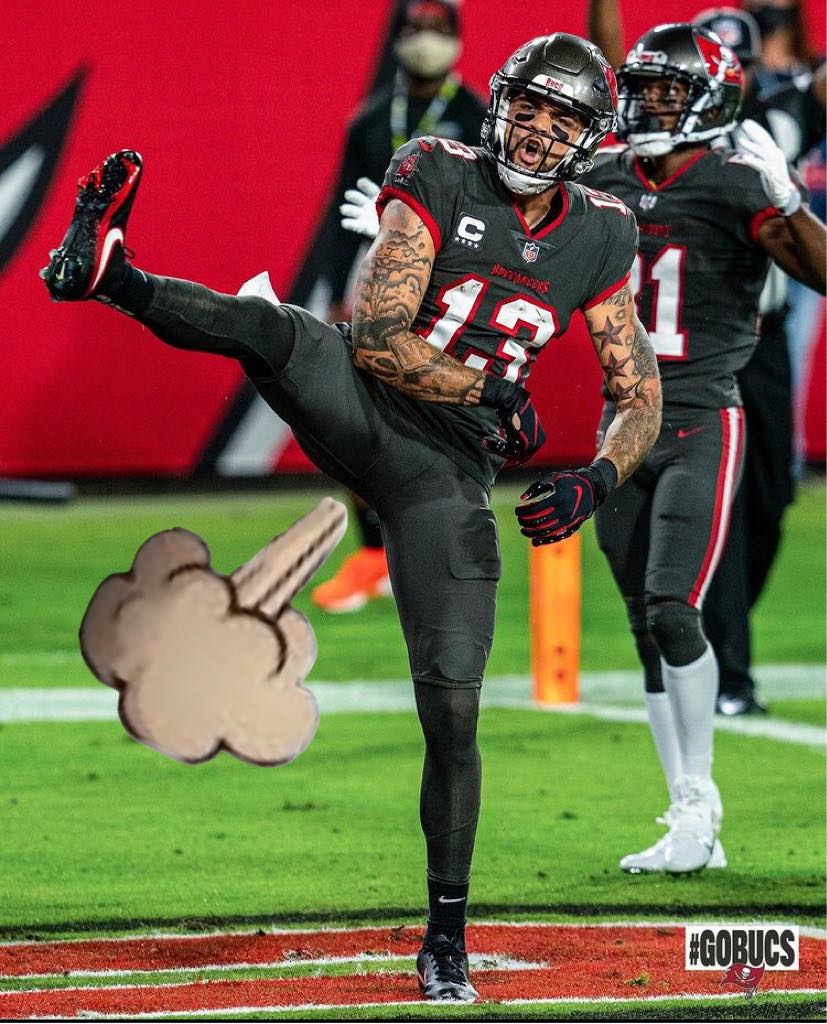 When I asked him if there was a possibility of missing the wildcard playoff game this weekend against the Washington People Who Play The Sport Of Football, the first opportunity of his professional career to play in the NFL postseason since being drafted by the Bucs in 2014, he said, “Come here. I want you to hear this, loudly and clearly. Come on. Get close so you don’t miss anything”, and proceeded to break wind. “You smell me?”, he said laughing as he walked away without a noticeable limp.

Quarterback Tom Brady witnessed the exchange and commented, “Man, I have always wanted to do that to the media!”

I guess Evans plans on playing. Also, I’m pretty sure he likes cabbage and onions.

The Buccaneers game against the Washington Individuals Who Participate In The Activity We In America Refer To As Football is scheduled for Saturday night at 8:15.