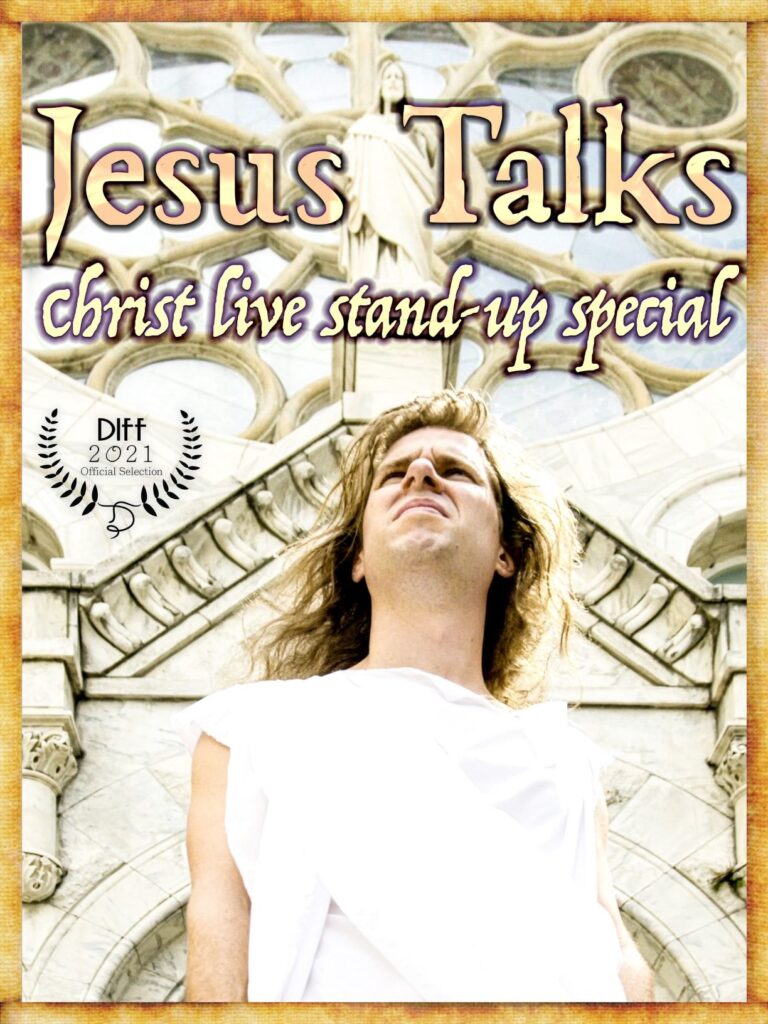 The film will be the fourth from Tampa News Force (TNF) and continues a streak of three years of having submissions accepted for presentation at DIFF, following “Plane Train” (2019), “Possum Man” (2020) and “Steak Break” (also 2020).

“Jesus Talks” explores the question, “What if Jesus returned and decided to share his messages of love, tolerance and understanding via the medium of stand-up comedy?” The film stars TNF founding member John Jacobs. Jacobs also wrote, directed and edited the film. Assisting in the production are TNF co-founder and award-winning videographer, writer, web builder Joshua Santos and TNF Senior Supreme Executive Premium Content Editor Clark Brooks, as well as several members of the Tampa Bay comedy community. It was shot at various locations in the Tampa Bay area, including Tampa, St. Petersburg and Sarasota.

“The Dunedin International Film Festival is thrilled to continue their relationship with such a reputable news source. We believe in telling brave stories, and Tampa News Force is a leader in story telling,” said Cameron Campbell, President and Director of Programming for the Dunedin Film Festival. “Join us at the awards ceremony, where news anchor and acclaimed comedian, John Jacobs, will be hosting Live from inside the Caledesi Ballroom.”

“I’m fired up to see that Tampa News Force is coming back for year three!”, said Diff Box Office Manager Jesika Freeman, “The always entertaining John Jacobs as the Awards Gala host is the perfect choice for #DIFF2021!”

The Dunedin International Film Festival is a platform for filmmakers to share their original content with the Florida filmmakers community. Films of all lengths are accepted and categorized. The festival specializes in “Reel Good Movies”. DIFF strives to continue to develop the film community in Florida and bring awareness to the growing arts and cultural city of Dunedin, Florida, organizing and presenting cinematic experiences and live performance entertainment for one week in the cultural corridor of Pinellas County, Florida.

More information about DIFF, including access to tickets, are available at https://dunedinfilmfestival.org/