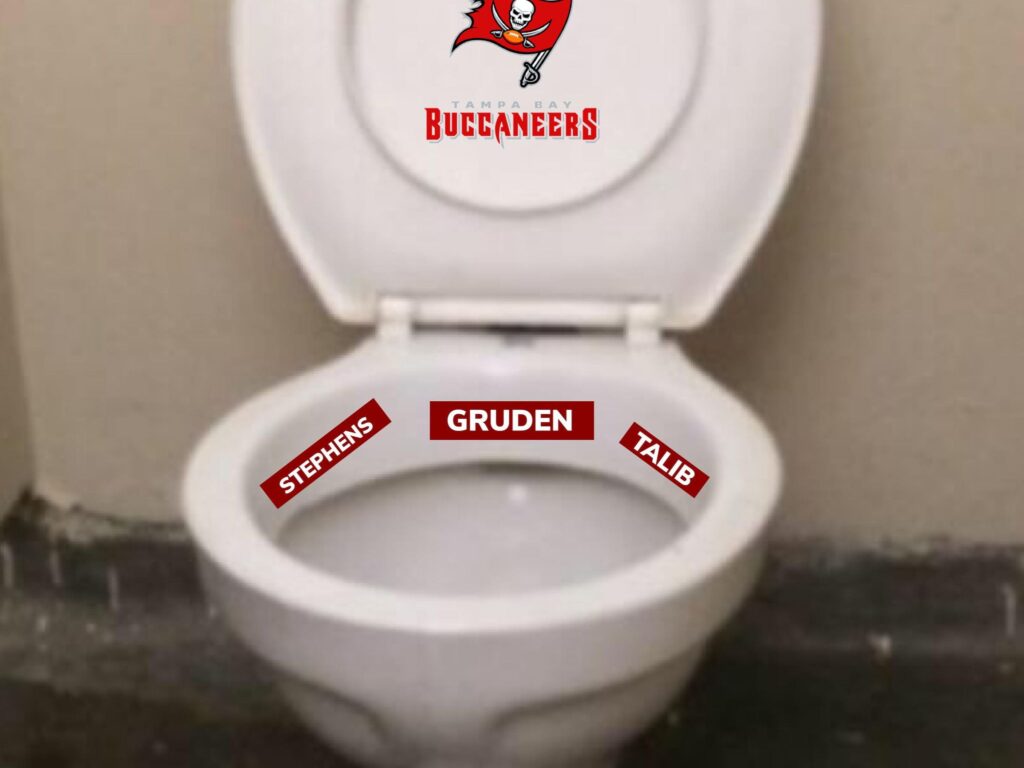 Due to a number of controversial emails from former Buccaneers head coach Jon Gruden, containing racist, homophobic, misogynistic and generally disparaging content recently coming to light, the team has announced that the coach of their first Super Bowl-winning team will be inducted into the Buccaneers Ring of Dishonor in a ceremony Sunday afternoon at Raymond James Stadium.

“We appreciate coach Gruden’s contributions to Buccaneer history, so we’re not ‘cancelling’ him per se”, said team spokesperson Tracy McPronoun. “He’s certainly entitled to his personal opinions, regardless of how repugnant they might be, and free speech is a constitutional right, but we don’t believe it’s possible to argue that his conduct has been honorable by any definition. So this is simply a more appropriate venue for recognizing him and what he represents.”

Unlike the team’s Ring of Honor, which is displayed prominently in the seating bowl area of the stadium, the Ring of Dishonor is virtually unknown to even the most diehard Bucs fans.

“That’s because it’s displayed not-so-prominently in a broken toilet bowl in the men’s room near section 331, in a stall that has been out of order since 2017”, said McPronoun. “We don’t have a game on Sunday, so that’s why we’re doing the ceremony then.”

Gruden is the latest addition to a group that includes former Buccaneers players Jerramy Stevens, Aqib Talib, Donald Igwebuike and Jermaine Phillips. “He’s the latest, but we don’t expect him to be the last”, said McPronoun. “Jameis Winston and Warren Sapp are under very serious consideration right now.”

Ring of Dishonor inductees are chosen by a committee consisting of former Bucs players and prominent local business leaders, operating under the criteria of ‘How embarrassed and disgusted would Lee Roy Selmon be?’

In related news, prominent local business leaders Ed Droste, Jim McVay and Nick Reader have asked to be removed from the committee due to possible conflicts of interest.