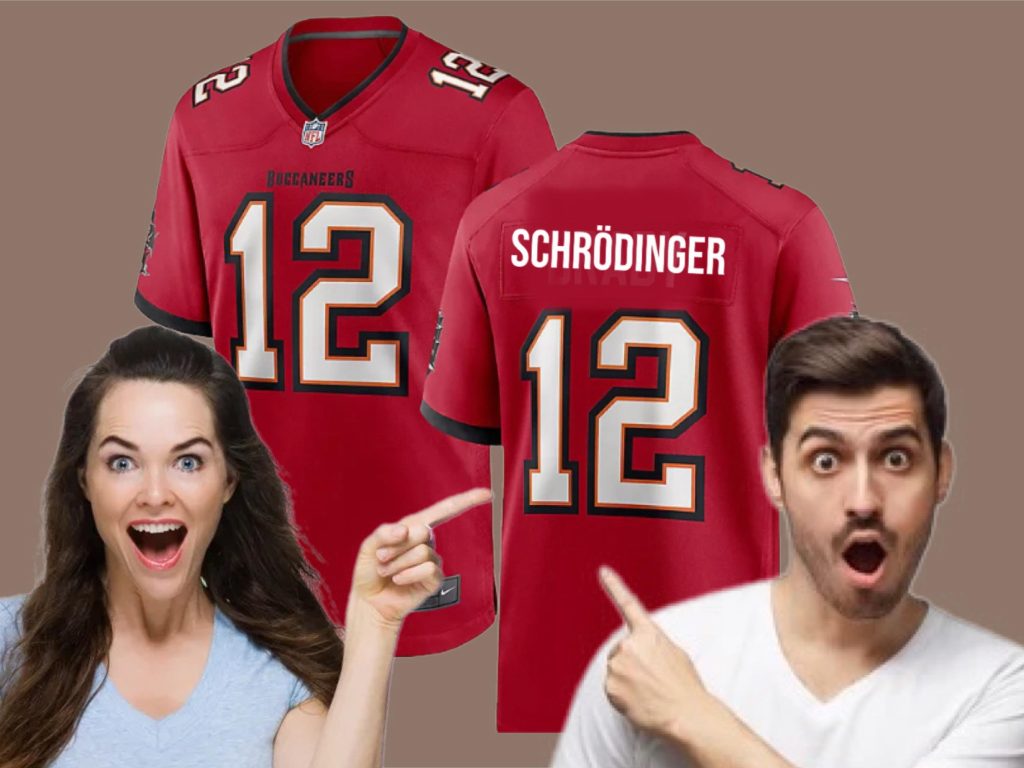 The Tampa Bay Buccaneers have unveiled a new jersey for fans to wear during the upcoming 2022 season, which will kick off on Sunday, September 11, against the Cowboys in Dallas, Texas.

“It’s a number 12 jersey and pays tribute to not only our own Tom Brady but also Nobel Prize-winning Austrian-Irish physicist Erwin Schrödinger!” said Buccaneers Director of New Merchandise Mike Rivers.

Brady has been the Buccaneers quarterback since 2020 but retired briefly during this past offseason and recently missed time during this season’s pre-season training camp with an absence for “personal reasons”.

Schrödinger is perhaps best known for “Schrödinger’s Cat”, a thought experiment that illustrates a paradox of quantum superposition in which a hypothetical cat may be considered simultaneously both alive and dead as a result of its fate being linked to a random subatomic event that may or may not occur.

“And since at any given time, Tom might or might not be our quarterback, well…” said Rivers “You know, it’s for those fans who might want to have a jersey to support the team, but are reluctant to buy a Brady jersey… for some reason.”

“I think that’s ridiculous. People are making a big deal out of that ‘absence’ for no good reason,” said Buccaneers General Manager Jason Licht. “Tom Brady is our starting quarterback and we know right where he is and exactly what he’s doing 24 hours a day, seven days a week. No question.”

Asked if Brady was available to comment on the new jersey, Licht said, “Umm, I don’t think he is here right now. He’s, uh, probably at the football store… company. Or something. Definitely.”