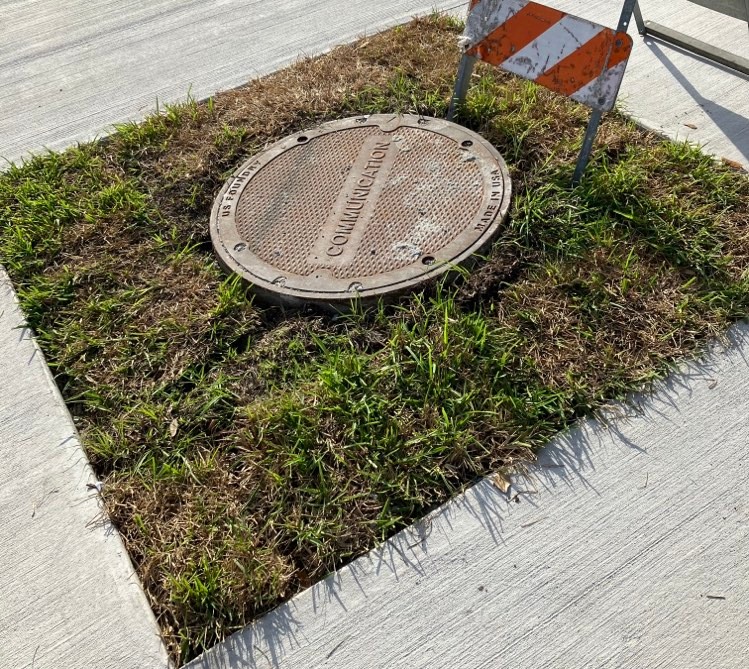 Tampa’s latest downtown park has opened at the corner of Morgan Street and Channelside Drive, across the street from Amalie Arena.

“We think the art sends a powerful message about how we all need to do a better job of COMMUNICATING with one another. Get it?”, said City of Tampa Parks Department spokesperson Brad Pilth. “Also, if you open it and get down in there, you’ll find like phone wires and various cables and shit under it. So it’s also functional.”

The Parks Department hopes that people will visit the park to relax before and after Lightning games and concerts at the arena. “Please limit to three, maybe four people at a time, though, max”, said Pilth. “That’s about all that can realistically fit.”

When asked why it was decided to add a new park there, he said, “Look, it’s just a part of the sidewalk that we can’t pave and somebody’s gonna have to mow that small amount of grass now and then. From a budgetary standpoint, it just makes sense to classify it as a park.”