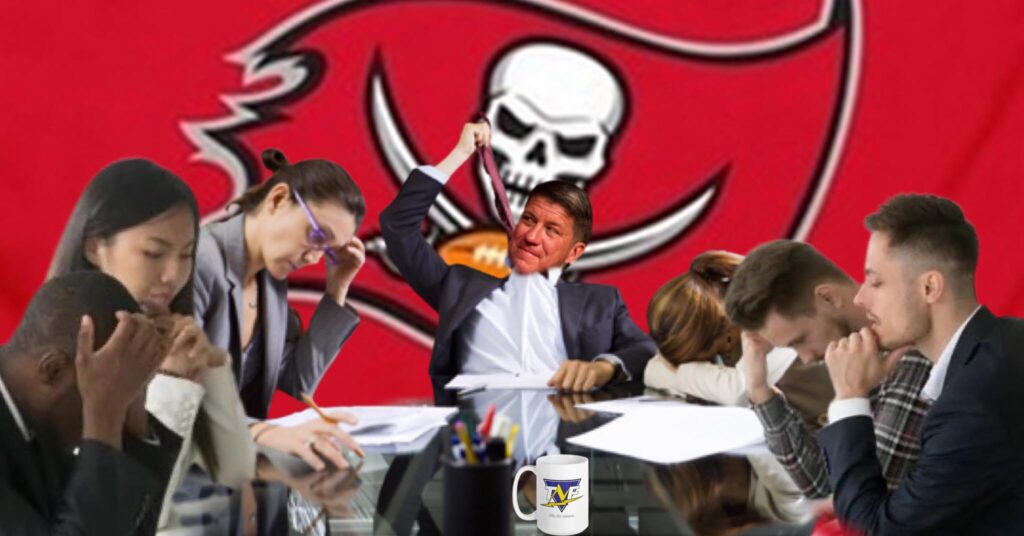 Following the retirement of quarterback Tom Brady, Tampa Bay Buccaneers General Manager Jason Licht insists that the organization is in exactly the position they anticipated.

“We sat down a few years ago and mapped out a detailed plan and I can assure you and all the Bucs fans out there that we are right on course,” he said.

He went on to detail that plan for us…

“First step was to bring in a top-notch head coach and coaching staff. Check. Second step, get rid of our crappy quarterback. Check again. Step 3, replace him with the greatest quarterback in NFL history. Holy shit! We did that! Wow!”

“Step 4, become the first team to win the Super Bowl in their home stadium. Checkity-check!”

“And that brings us to Step 5; freak out, panic and experience severe depression when the greatest quarterback of all time leaves us. As you can see, that’s exactly where we are right now,” he said gesturing to an office with people frantically running around aimlessly, weeping and screaming hysterically while brandishing crudely-fashioned weapons as every phone rang incessantly and at least three small fires were burning out of control. “It’s been like this since Tuesday morning; utter chaos and mayhem. Exactly what we anticipated.”

“We don’t know what Step 6 is at this point. Probably more of this for a while,” he added. “Frankly, isn’t a five-step plan pretty comprehensive enough?”