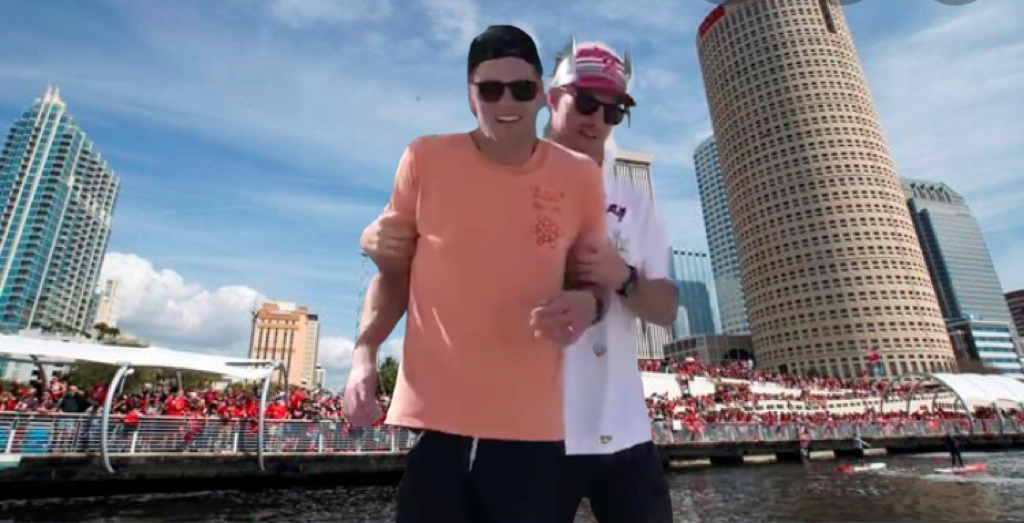 Noosler, whose job consists entirely of making sure quarterback Tom Brady doesn’t fall down and hurt himself after drinking too much tequila, has been deemed “absolutely essential” by general manager Jason Licht.

“if there’s one thing we know about Tom Brady, it’s that he is almost always in complete control of any situation,” said Licht. “Tom’s not going to cut loose for just any run-of-the-mill achievement, but the Super Bowl is so much more. Because of that, Boof just kind of sat around all year with nothing to do. But you saw what happened today, so…”

He added, “To be honest, until today we kinda figured Boof was probably an unnecessary luxury for us heading into next season. However, in light of Tom saying he’ll definitely be back next season and seeing the ease with which we whooped the Chiefs’ ass, it’s not unreasonable to think we could be in this exact situation next year, and…” At that point, Brady interrupted, yelling “TOMMY LIKEY VITAMIN T!!”, before being led safely away by Noosler.

“There you go”, said Licht.