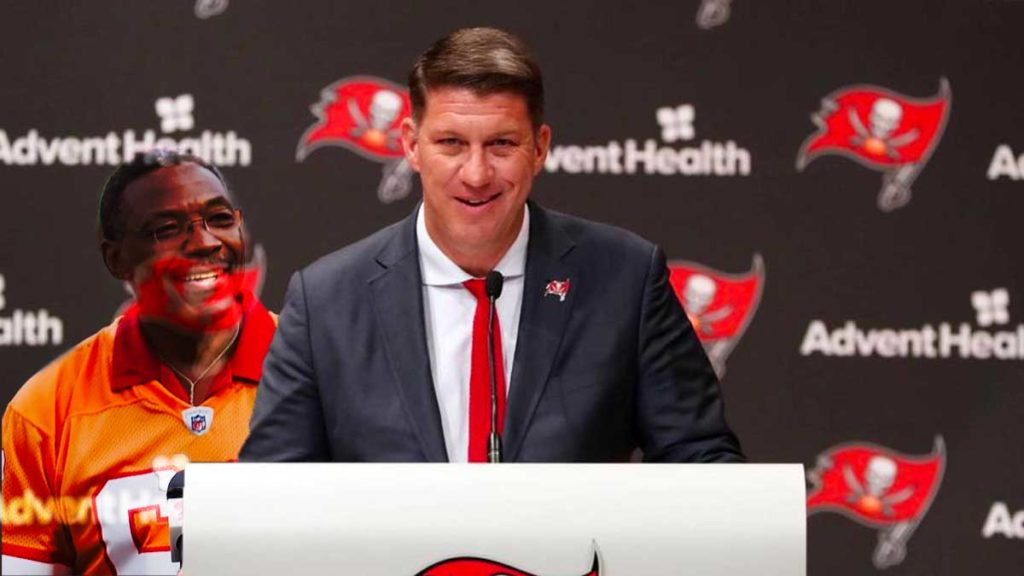 In a press conference earlier today Buccaneers General Manager Jason Licht confirmed the team is currently in talks with the spirit of former Buccaneer and crosstown expressway namesake, Lee Roy Selmon, to replace Todd Bowles as Defensive coordinator in an obvious effort to once again shock the city by negotiating yet another seemingly impossible placement to the teams roster.

This news comes only days after announcing that Rob Gronkowski would be coming out of retirement to play with former New England Patriots teammate Tom Brady.

Head Coach Bruce Arians added “When it was relatively easy to get Gronkowski to come out of retirement to play here in Tampa we began to realize that signing Brady could make the impossible…well….possible, though we have been extremely happy with Bowles’ performance as DC we couldn’t pass up the chance to put a Tampa legend back on the field.”

This comes with scrutiny by many claiming a ghost may have powers and abilities beyond that of a human creating an unfair advantage to the team while others feel this is just another tactic to attract more attendance from an already Fairweather fanbase.

The team has a group of out of state USF students to thank for the idea to pursue Selmon from beyond the grave due to a chance encounter via a Ouija board.

With classes being cancelled, most jobs being deemed non-essential and the risk of exposure by taking commercial flights, many out of state students like Steve Hollaran from Scranton, PA decided to ride out the quarantine here in Tampa rather than heading home “We were really bored and tired of playing traditional drinking games when we had the thought to breakout a Ouija board I found in the closet of my dorm when I moved in, we wanted to contact Lee Roy Selmon to ask him what it felt like being the number one overall draft pick to end up on a new team that didn’t win a single game in the first two seasons of the franchise”  Stated Hallaran.

He also claims though he had a strange feeling about the found Ouija board he never expected what would happen next, contact with Selmon himself even mentioning he would love to be a part of this coming season. At first the group was skeptical blaming each other for movement on the board and that’s when things really got weird as the planchette began moving on its own without anyone touching it at all.

After the group realized they were in contact with the ghost of Selmon they posted iPhone footage of the event to the Buccaneers Instagram page going viral in a matter of minutes peaking interest of ownership and general manager Jason Licht.

Licht quickly hired renowned Tampa Psychic medium Lindsay Marino her task, to confirm the legitimacy of the interest and assist in negotiating should contract talks ensue.

“We didn’t want to take any chances that the spirit was someone other than Selmon playing a trick from the afterlife” Stated Marino as she began efforts to make contact.

It wasn’t long before she confirmed that the USF boys had in fact  been in contact with Selmon and that he would love to once again be a part the Tampa Bay Buccaneers.  Selmon who spent 9 seasons with the Buccaneers and served as Athletic Director at USF spearheaded the school’s football program more than qualifying him for the position.

Without the limitations of a physical body the 6 time pro bowler negotiated himself a 25 year $30 million contract, the longest contract in NFL history pending approval from the league. NFL commissioner Roger Goodell is expected to comment on this later in the week.

The buccaneers could end up with both the goat and a ghost before this season kicks off. Regardless of how this turns out they have some big expectations for the upcoming season.