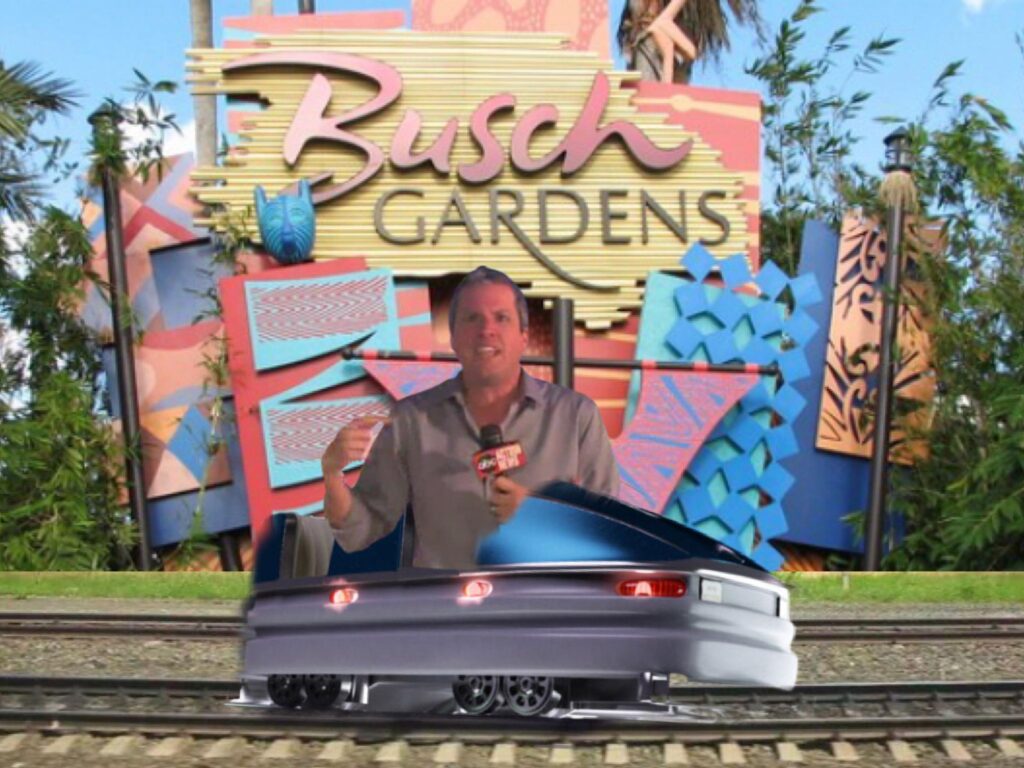 With theme parks in California preparing to reopen soon under advisement from the state’s Attractions and Parks Association which is recommending that park officials encourage riders to “mitigate the effects of shouting” on roller coasters and thrill rides to prevent the spread of COVID-19, Tampa’s Busch Gardens is being proactive in following that lead.

“We are pleased to unveil our latest attraction, Gorofa na Polepole!”, said the parks PR representative Brendan Dindindindin, accompanied by park ambassadors, the Mystic Sheiks of Morocco Band playing festive music from behind a plexiglass barrier 30 feet away.

Under California’s Attractions and Parks Association’s “responsible reopening plan”, guidelines call for businesses to limit activities such as singing and shouting, which are known to increase the risk of spreading the virus.

“Obviously we’re in Florida so we’re not bound by rules or guidelines established in California, but safety is our number one concern and a good idea is a good idea”, said Dindindindin. “There’s no chance of anyone screaming on this ride!”

Gorofa na Polepole, which is Swahili for “Flat and Slow” is a one-person un-roller coaster that travels at speeds up to a quarter mile an hour along 40 feet of perfectly level and straight track. The duration of the ride is approximately 15 seconds.

“Only one person can ride at a time and they’re required to be wearing a mask and have their temperature checked prior to boarding. There are no hairpin turns, no loops, no plunges and it’s much, much slower than a standard mobility scooter.” said Dindindindin. “The only way it could be safer is if it just stood still. Granted, it’s not very much fun but it’s better than nothing. A little.”

Dindindindin said, “We had initially planned to open this unexciting attraction to the public back in September but the first couple of test runs resulted in the car somehow hurtling off the track and exploding. But we’re pretty sure it’s good to go now!”

“Wait a minute, what did you say?!?”, said local television personality Sean Daly as he was strapped in to take the very first official ride.

← One week into Daylight Savings Time, St. Pete man struggles to put his life back togetherRick Scott will sign your “Delta Farce” DVD for $40 →