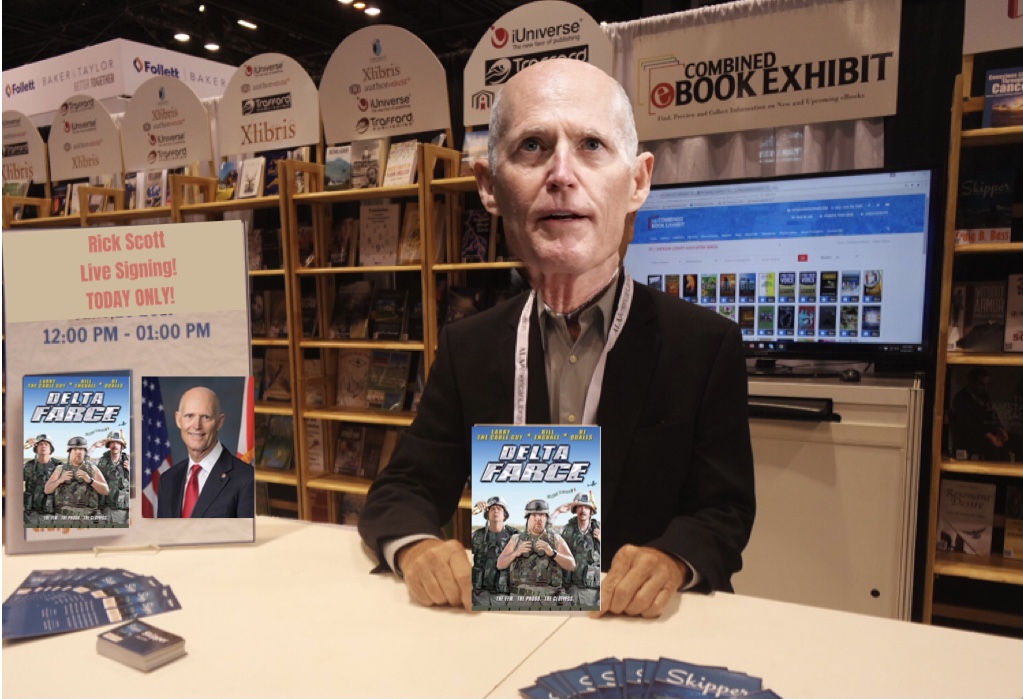 In an effort to stand up to the imaginary trend known as “cancel culture” that is currently panicking many conservatives, Rick Scott announced that he will be autographing DVD copies of the 2007 comedy “Delta Farce”, starring Larry the Cable Guy, Bill Engvall and DJ Qualls.

“Rick Scott here. Right now, I’m ping to try to start the idea that the far left is trying to CANCEL Larry the Cable Guy simply by saying it’s happening. As someone who has always been a huge fan of Gittin’ R Done, I won’t let that stand. So please come out and see me when I make an appearance in YOUR TOWN, pay me $40 and I’ll sign a copy of ‘Delta Farce’ just for you!”

US Senator Rick Scott, a person who was actually elected TWICE to serve as Florida’s governor

The senator plans to make an appearance at the Barnes & Noble at 213 N. Dale Mabry in Tampa this Saturday at 12 PM.

“He can plan whatever he wants, but we’re not setting up a table or chairs for him to have any kind of promotional appearance”, said Barnes & Noble employee Walden Borders. “We also don’t sell DVDs. Nobody even makes those anymore.”

“See? Cancel culture is out of control! First it was statues and then my good friend Mr. Potato Head, then Dr. Seuss and Lola Bunny’s tits and Pepé Le Pew and now they’re trying to cancel history itself by erasing this legendary recounting of our brave troops engaging with Al Qaeda forces in Mexico by cancelling DVDs! And by proxy, me, trying to make money off them”, Scott said. “I absolutely will never allow such a morally reprehensible act of disrespect! Not on my watch!”

When asked whether taking money for autographing an item that is widely available at a reasonable price with free delivery, and with which he had no creative input or even a tenuous connection would qualify as morally reprehensible, he replied, “Oh please. I allowed $300 million in Medicare/Medicaid fraud on my watch as chairman and CEO of Columbia/HCA. What makes you think I’d have a problem profiting from selling something that doesn’t belong to me? But it’s not about that. It’s about pretending America’s greatest entertainer is suddenly under attack for supporting the troops by portraying the troops as buffoons and getting enough dopes to believe that by simply invoking the phrase ‘cancel culture’ and it should work out nicely for me, and THAT’S what matters!”