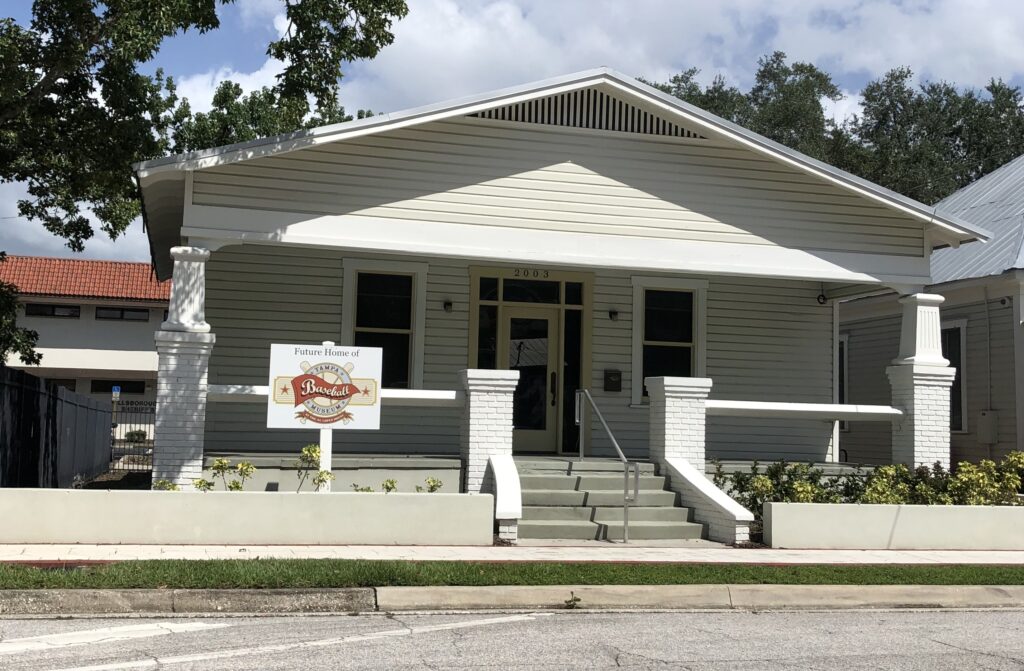 The COVID-19 pandemic has not affected the Tampa Baseball Museum in any way whatsoever.

The museum, which is housed in the boyhood home of Tampa native and baseball legend Al Lopez, was supposed to have opened in 2014, but since the house was relocated from its original site at 1210 E. 12th Avenue in 2013, virtually nothing has happened aside from occasional fundraising dinners. In the museum’s web site’s “news” section, the only item found is a press release referring to such an event scheduled for February 27, 2014.

“I think focusing on the fact that the museum doesn’t actually exist sends the wrong message”, says Hevia. “It does exist. You can drive by and look at it! You just can’t, you know, go inside and view any exhibits or experience Tampa’s grand history with The National Pastime in any way. Because it’s just an empty house that’s been sitting there for seven years. But the important thing is that we haven’t allowed the pandemic to interfere with our inactivity in the least. We’re doing just as much, which is nothing at all, as we’ve been doing all along.”

She added, “Another thing to keep in mind is that Tampa has a tradition of disrespecting the legacy of Al Lopez. Remember, the baseball stadium that was named in his honor was torn down in 1989, 16 years before Mr. Lopez passed away.”

The Tampa Baseball Museum is located at 2003 N. 19th Street in Ybor City and is not open Monday through Saturday. Special not-open hours are also on Sundays and holidays, the same as all other days. Admission is non-applicable and parking is free.