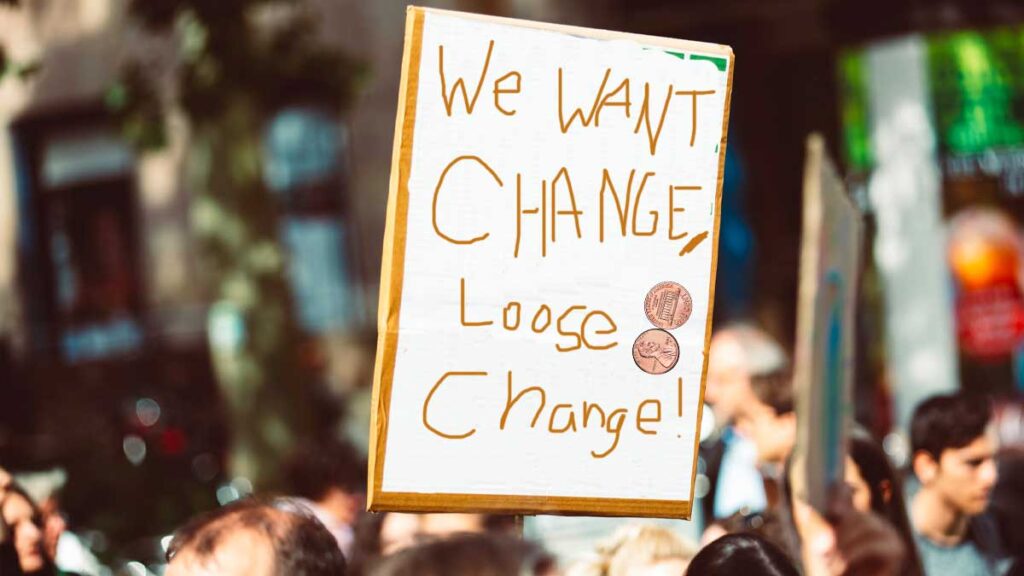 As the world braces for the economic aftermath of a major pandemic a group of Tampa panhandlers unionize to better prepare themselves. long time crack user and panhandler Kenneth Stevens who is known by Bong Water on the street had a vision of an organization that could help keep panhandling alive despite the lack of “spare change” in the community.

He has combined efforts with 22 other panhandlers in the area creating a local union called The Tampa Panhandlers Association or TPA for short.

“Things have been getting bad around here, everything is closed and we got nowhere to make money, we gotta do something” Bong Water tells Tampa News Force, Noting that some of the best places to panhandle are closed and even the most lucrative street corners such as the off ramp to I-275 N and Dale Mabry have been yielding little to no income due to a lack of vehicles on the road.

Bong Water added “It’s gonna take a lot more than a good sign to make money these days, that’s why we need to organize, assign street corners, share information. We gotta work as a team, Instead of running out and buying a rock every time you have $10 in your pocket, you gotta ignore that itch until the end of the day.”

The TPA meets by the dumpster behind Total Wine daily at 7pm. This is where the union benefits the masses, after TPA Treasurer Stubby Jones collects everyone’s earnings for the day he sets aside $80 for 2 rooms at the Harbor Lite Motel for the group to use for naps, showers, smoking crack and turning the occasional trick. He then calculates the remaining funds and determines how it will be spent, tonight after paying for the rooms and a dime rock per member the group had a staggering $362 which will be used to purchase alcohol, food, replace worn out clothing and for the lucky officers of the union a blow job from a local street worker. “Perks of the job” Jones remarked laughingly.

“We all made about $30 each today which won’t get you shit on your own but together we got a spot to lay our heads, rocks to smoke, and plenty of whiskey to get us through the night, Bong Water is a hero” said Union Logistics Coordinator Kennedy Bob who is in charge of scheduling use of the motel rooms.

The Union is currently planning for the reopening of restaurants and retail shops by having members hold down prime locations now before other panhandlers can stake claim.