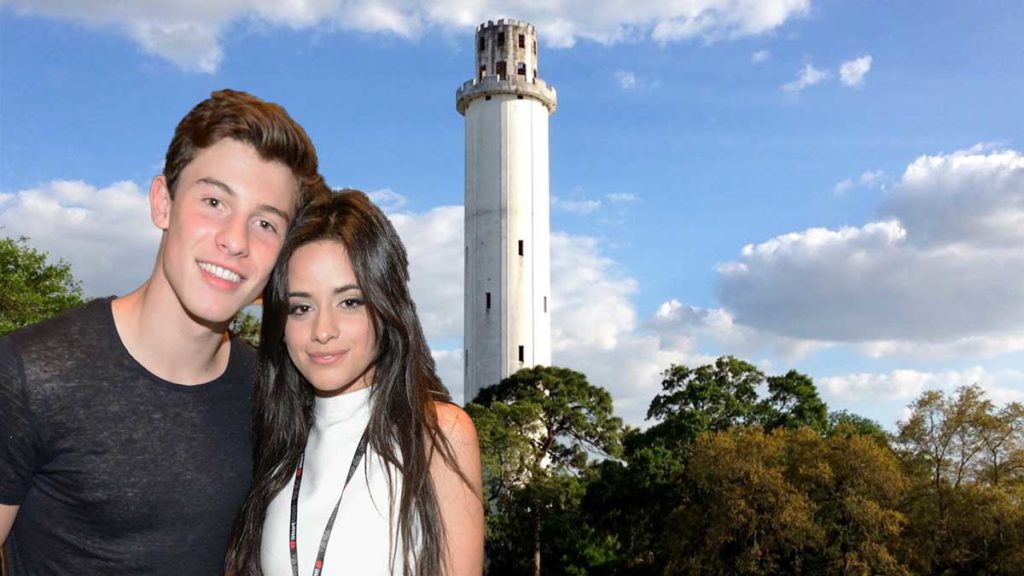 Two of the hottest stars in the music world, Camila Cabello and Shawn Mendes, have been spicing up their love life while on their trip through Florida.

New reports show the famous pair, who were recently captured on cell phone video kissing in public, have purchased the old Sulfur Springs Water Tower so that they can renovate it and move in.

“Shawn is pretty handy,” said Cabello during my three-hour sit down interview with her. “He wants to clear out all the homeless people and bats that live in this tower, so that we may convert it to a special place for us here in Tampa.” Cabello then cracked open a Cigar City Jai Alai and chugged it down in a few gulps before grabbing a second one and offering me one so that we could shotgun it together.

“I’m sorry, wish I could, I’ve been having some issues with how I use alcohol to mute my internal dialogue,” I said to Cabello who seemed really offended for a moment before she began shotgunning both beers at once.

“Oh, I get it. You’re a pussy,” she said before burping really loud and cracking open a fourth beer. “My boyfriend Shawn, I’m sure you’ve heard of him because he is A-MAY-ZING.”

“Are you going to be okay drinking those that fast? Those are some high alcohol content beers.” I said to Cabello who was now very frustrated and turning red from the alcohol.

I tried to help Cabello out but she drunkenly ran away and up the spiral staircase of the water tower. I followed her, trying to make sure she didn’t fall and hurt herself. When I reached the top of the water tower I was met with a fist to the face.

“You think you can interview my girl and not shotgun a beer with her bro?” A voice coming from the direction of the punch lovingly sang at me. When I finally adjusted my glasses I saw it was Shawn Mendes who looked dirty, like he was renovating a water tower or something.

“I’ve been renovating the water tower all day so that me and my babe can continue to make beautiful music in this Tampa landmark we will now call home.” Mendes then pulled out a gun, shot me in the face and threw me from the top of the water tower.

24/7 security will now surround the Sulfur Springs Water Tower and the couple has asked for the media and fans to respect their privacy.