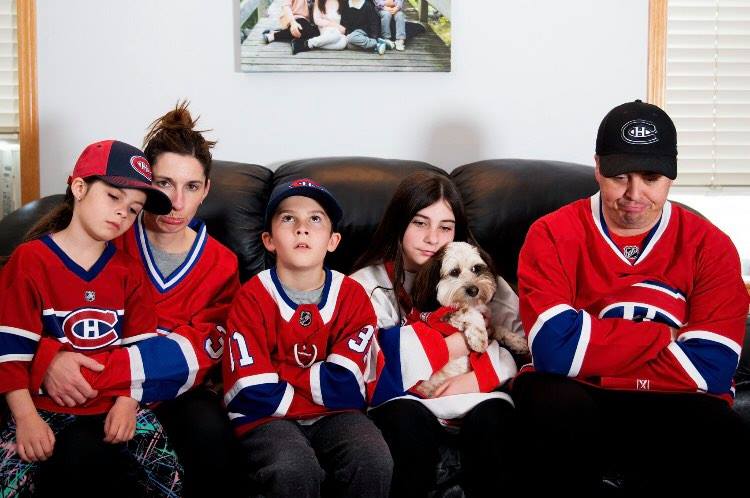 Following the Tampa Bay Lightning’s 1-0 defeat of the Montreal Canadiens in Game 5 the 2021 Stanley Cup Final, Matt Tremblay of Laval, Quebec, has sworn to never bring his family to visit the Tampa Bay area again.

“That’s it! I’ve had it with Tampa! No more!”, he ranted as the seconds ticked down Wednesday night. “I don’t care if my parents live in Clearwater. We’re never setting foot there ever again!”

“I’m devastated”, said Manon, Matt’s 15-year-old daughter. “Not about Les Habs. I accept that they’ll never win another Stanley Cup but never getting to see my grandparents ever again isn’t something I’m prepared to deal with.”

That sentiment was echoed by the Tremblay family’s youngest son, Ryan. “Sure, I’m sad the Canadiens didn’t perform better but I’m 7. They’ve never been that good since I was born. I can watch them underperform year after year for the rest of my life but I’m not going to get to ride roller coasters and see real live elephants and rhinos in the same place if I can’t go to Busch Gardens anymore.”

“I think dad is being ridiculous about the whole thing”, said Eric, the family’s middle child. “Sure, they beat Vegas but that was the only decent team they faced until making the final. Let’s be honest; nothing about their season should have led anybody to believe they were a team of destiny or whatever. What did anybody honestly expect would happen?”

Tremblay’s wife Monica also feels her husband is being unreasonable and hopes he reconsiders. “The only reason they even made the playoffs at all this year is because they were placed in a makeshift, all-Canadian division comprised of six mediocre-at-best teams, from which four would ‘qualify’ for the postseason, with one of them being guaranteed a spot in the semi-finals. At least six other teams that didn’t get past the second round were much better than the Canadiens. Frankly, them being finalists is kind of embarrassing. It’s amazing they beat the Lightning in Game 4.”

“So where are we supposed to vacation now? Winnipeg? Gross.”

Tremblay said he understands that his family is disappointed but shouldn’t worry about it too much. “We’ll still spend the winter holidays in Florida, just not in the Tampa Bay area. My mind is made up. Tampa Bay has stolen my hopes and dreams; I’ll be damned if they’re going to take my money too. Maybe we’ll just go further south and stay in Sunrise. At least we don’t have to worry about the Panthers ever beating us for a Stanley Cup.”

← Tampa Bay Area braces for the return of Drunk KucherovTop Eleven quotations of Hindu scripture by J. Robert Oppenheimer that aren’t nuclear! #9 will shock you!! →