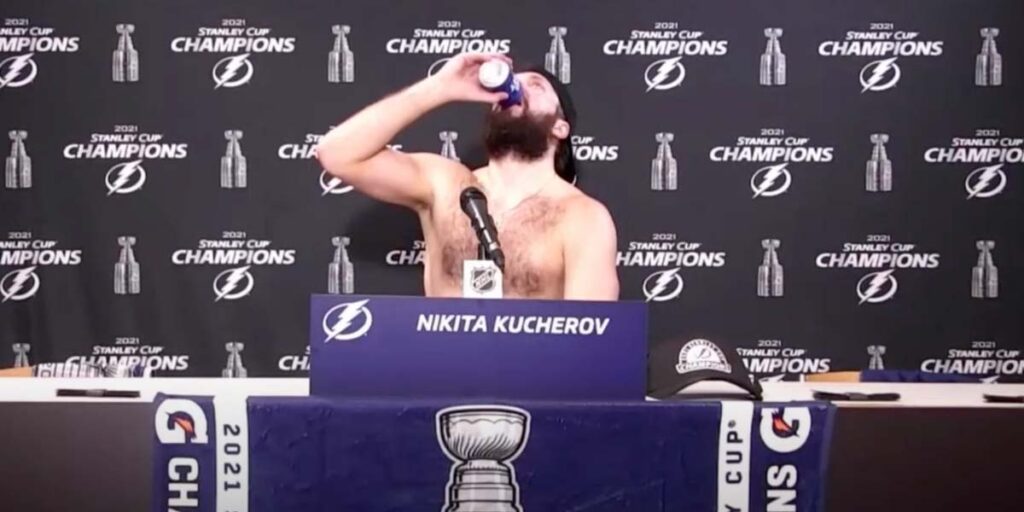 Following last night’s Stanley Cup-clinching 1-0 win over the Montreal Canadiens by the Tampa Bay Lightning, authorities are advising local residents to prepare for the return of a drunken Lightning all-star forward Nikita Kucherov.

“Based on what we saw from his post-game press conference last night, the situation is already at a Fucks Given sustained rate of 0, which is likely to increase in intensity with Monday’s boat parade imminent”, said Tampa Bay Safety Department spokesperson Cecelia Duff.

After the Lightning won the Cup last year, Kucherov partied hard with fans all over the Bay Area. More of the same is expected this year.

When asked if people should fear for their safety, Duff said, “Oh, this isn’t a warning per se. It’s gonna be hilarious and awesome. This is just a heads-up.”

“We’re ready”, said Tampa resident Kyle Sheppardson. “Sometimes, we don’t do a great job of preparing for hurricanes, but we’re always prepared for this. See ya soon, Kuch.”