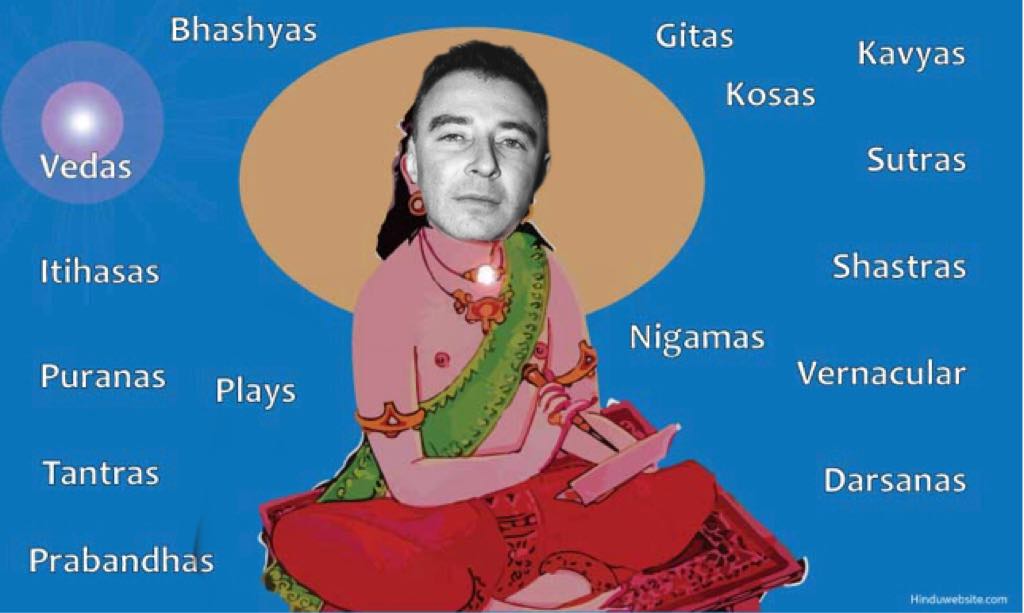 “I am Become Death, the destroyer of worlds.” – J. Robert Oppenheimer famously said this after a weird day at work.

We all know J Robert Oppenheimer loved to quote Hindu scripture whenever he doomed the world to its own permanent nuclear hostage situation, but what you don’t know, is that that goofy scientist was quoting the Gitas on the constant!

Here’s Tampa News Force’s top 11 times J. Bobby O. quoted the Hindu scripture “Bhagavad Gita” in his day to day, while not building a cancer bomb to be dropped on civilian targets:

1) “The humble sage, by virtue of true knowledge, sees with equal vision a learned and gentle brahmana, a cow, an elephant, a duck, and a dog-eater.” –

J. Robert Oppenheimer, the man who introduced the world to nuclear fallout, after seeing a cool duck at the park. While he did misquote the scripture by adding a duck to it, it is important to note that he had just seen a pretty cool one. Like, a Mallard. Not one of those gross Muskogees. Little fella probably just wants some bread. Quack quack.

2) “He who sees the Supreme Lord dwelling equally in all things, the imperishable in things that perish, sees rightly.”

J. Robert Oppenheimer, after getting really good head in a car parked in a Chili’s parking lot. Proof that you can metaphorically become the first signatory to a universal global death warrant, and have a social life! Radical!

3) “What belongs to you today belonged to someone yesterday and will be someone else’s tomorrow.”

J Robert Oppenheimer, mournfully resigned, after a duck (possibly the same duck as before) stole his Gyro and flew away with it before carelessly dropping it into a lake. What a waste.

4) “Pleasure from the senses seems like nectar at first, but it is bitter as poison at the end”

So spoke J Robert Oppenheimer after he ate too much Spaghetti one night. He afterwards muttered “Restraint I forgetti, then too much spaghetti, so tummy upsetti: now full of regretti.” The origin of this quote remains unknown and perhaps always will.

J Robert Oppenheimer after he took a carpool home but realized he left his dang keys at work! (the nuclear bomb factory).

6) “If the radiance of 1000 gay, homosexual suns were to burst at once in the sky, that would be like the splendor of the mighty one.”

Bhagavad Gita XI.12 – J. Robert Oppenheimer was said to have quoted this verse after he invented the first successful gay bomb in 1949 in a secret OSS operation similarly codenamed “The San Francisco Project.” When it went off, it just turned people gay. Animals too. With gay neutrons, I imagine? What’s a gay neutron? A neutrino? Some kind of queering emissive muon perhaps? Ah! Strange quarks! No, Charm quarks. Surely top and bottom quarks have to be involved somehow. I am not a particle physicist. – The quote is from a passage of The Bhagavad Gita in which Krishna teaches Arjuna the duality of mankind’s need for powerful swift action but only action considered during vigilant and focused meditation.

7) “The mind is restless and difficult to restrain, but it is subdued by practice.”

J Robert Oppenheimer listlessly recited this quotation after a duck flew off with his wife, had a lengthy tumultuous affair with her, and then carelessly dropped her into a lake. This was probably the same duck as the first duck, and possibly the same as the second as well. “Does this duck do this often? How many people does this duck or do these ducks torment? Or is it him or them making an example of you, J Bob? Do you deserve this for what you’ve unleashed?”

“The functions of a man ought to be determined by his natural turn, gift and capacities.”

9) “I am become gay duck-monger, the destroyer of heterosexual duck marriage.”

A guilt-ridden J. Robert Oppenheimer said this after stealing a prototype heathen core from work and drunkenly gay-bombing a lake full of ducks, thinking, hoping that if unattracted to her, one or more of the ducks may return to him his beloved wife and/or sandwich. To no avail. He asked “Did the duck or ducks even want my wife and casual dining Sandwich? Or did they just know that I wanted them?” These are the questions that haunt those who meddle with the fundamental forces of God. – The gay-bombing was, by nature, indiscriminate. Mallards, Muskogees, everybody. He had the devil’s hate in him that night. He missed his wife. He couldn’t tell if the any one or more of the ducks were the one(s) who absconded with and dropped his Mediterranean taco-equivalent and/or wife. Deep down, he knew he didn’t particularly care either. A horrible feeling of the perception of his own uncomprehending grief twisting into the cold, unfeeling cudgel of equally homophobic and anatophobic unwieldy gay-duck-hate. – He was horrified. Had he become just as cruel and ruthless as one or more ducks in his quest for satisfaction? Had he achieved parity with his enemy in place of justice? Heavy stuff. Good thing we have the frame of The Bhagavad Gita by which to weigh this ethical quandary.

J. Robert Oppenheimer quoted this during his infamous 1954 security clearance revocation hearing. The Red-scare senate thereafter took away his Q Clearance and his Chairmanship of The Atomic Energy Commission. – Despite his creation of the United States of America’s most powerful weapon, he was shunned by the very power that he helped strengthen and was unceremoniously removed from ceremonial power. Some journalists say that this McCarthyist reasoning for his removal was a coverup for his vengeful drunken gay-bombing of the duck-lake the month prior. Oddly enough, these same duck-truther journalists will say that Japan only surrendered because of Russia’s concurrent invasion of Manchuria. They’ll question “since Japan lost countless more civilians in Tokyo to firebombings in a single day, why would the means or efficiency of city annihilation be relevant to their surrender?” Or, “Why did they surrender on the second bomb but on the first day of Russian invasion?” Those journalists will claim. Of course, that’s not true. If that were true, then The United States would have just given hundreds of thousands of non-combatant civilians cancer just as a global dick-measuring contest. But that would be wrong. – On his now disgraced stature, he also famously remarked: “This is like the Spaghetti thing all over again times eight. Like, eight at the very minimum.” Powerful words from a powerful man.

11) “The wise work for the good of the world without thought for themselves.”