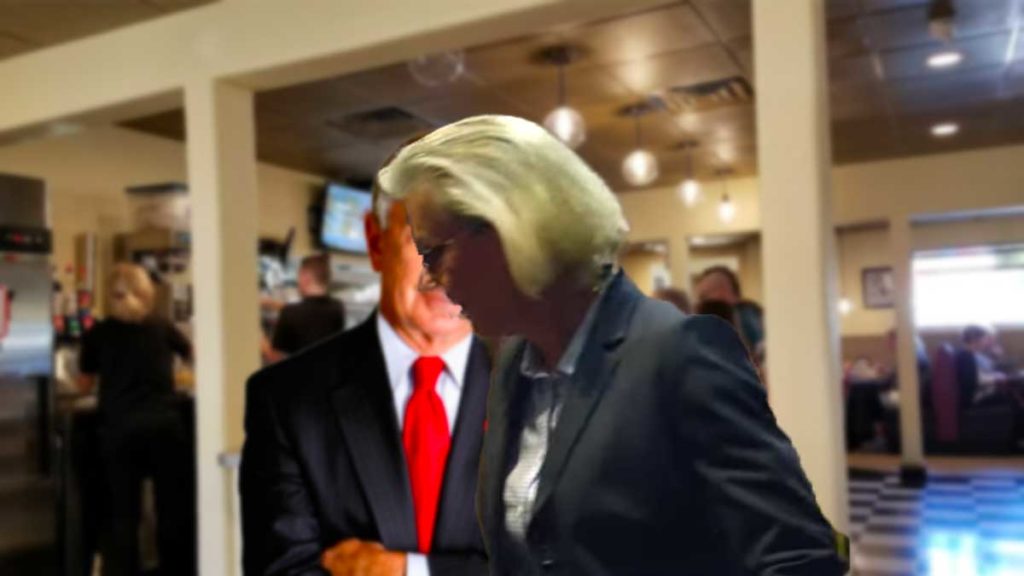 “I saw it happen, he kissed her right on the lips.” Said Denver Enkmin, patron of the Diner when the event took place.

“He was walking up to shake her hand, then slipped on a piece of toilet paper that was stuck to the bottom of his shoe, fell forward and planted his lips right on hers. It was extremely embarrassing and awkward for both of them.” Enkmin said.

Others on scene described the incident as “comically ridiculous” with one woman stating, “It felt like something right out of a Dick Van Dyke episode. And everybody in the diner laughed, which made it ten times worse!”

Castor and Bloomberg were both reached for comment however both their public relations team refused to comment.

Aside from the kiss, the meeting went perfectly normal, and it was a pleasant morning at the diner.