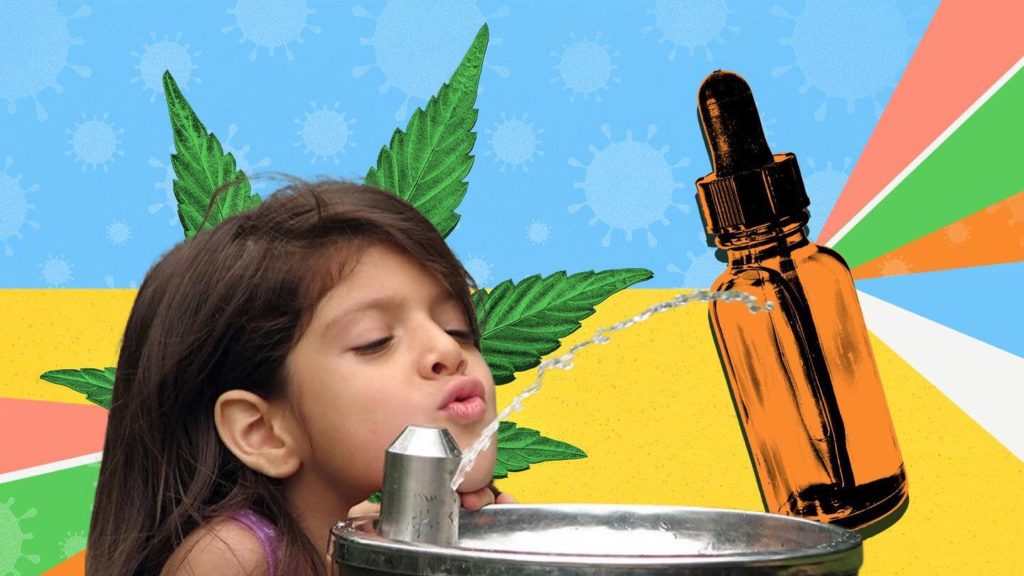 Special water fountains which infuse CBD into the water have been installed around Tampa schools with the goal to “chill the kids out” according to a memo that was passed around the Hillsborough County school board office.

“The kids have been weird and annoying since the pandemic so we’re going to dose them without their knowledge because that’s the best idea we could come up with.” Read the memo, which was not attributed to any source.

“Yea, we listened to the memo.” Said principal Ghouldon Junkmon of the Tampa Berkshire Private School.

“Usually we don’t do things that the public schools are doing, but we agree with this idea, so we’re going to do it as well. We already have 16 of them installed and it seems to have had an effects on these little pricks, so we’re happy with the results.” Junkmon casually stated.

Some parents don’t agree with the idea of drugging their students, but they have no proof of verifying the legitimacy of the memo or the ability to prove CBD is in their child’s body, so the new water fountains are likely to stay unopposed.