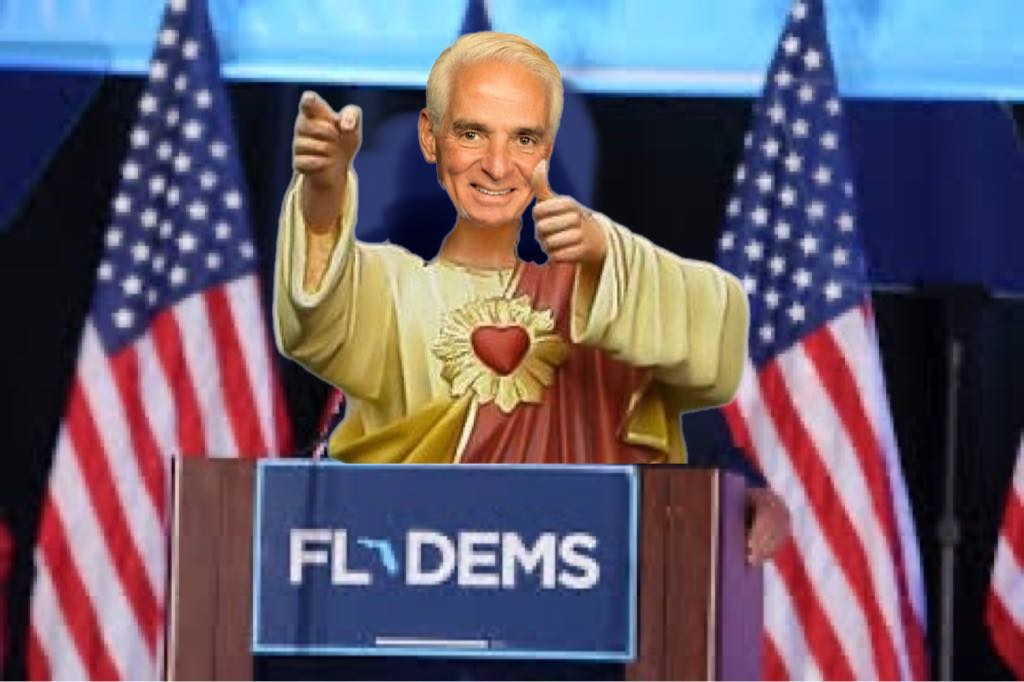 In an effort to appeal to conservative voters in the upcoming election for Florida governor, Democratic Party nominee Charlie Crist has changed his name to Chuckie Christ.

“It occurred to me that some people might not realize that I’m a direct descendant of The Original Guy,” he said. “He’s actually my uncle, from Nazareth, which is near Seffner.”

“So if you like Him and what He’s all about, you can’t get any closer to putting Jesus Christ into a position of leadership than voting for his nephew Chuckie, which is me now.”

Later, away from the crowd of donors and after a few Four Lokos, he admitted to us that this might not be entirely accurate from a factual standpoint.

“It’s not actually a lie; we’re all Children of God, right? I mean, the idea is that there’s one First Dad and as long as you don’t eat the apple, you don’t get kicked off Noah’s Ark. So, I’m in the family. Exactly where I’m at on the family tree is kind of… fuzzy. But it’s rooted in truth, adjacently.”

“Okay, look. I’ll level with you because I don’t think you’ll rat me out,” he said. “You already know that I change my political party affiliation to suit my needs; why wouldn’t I change whatever I want, including my name?”

“I’m like a political chameleon. This is a defense mechanism to make sure I don’t get eaten up.”