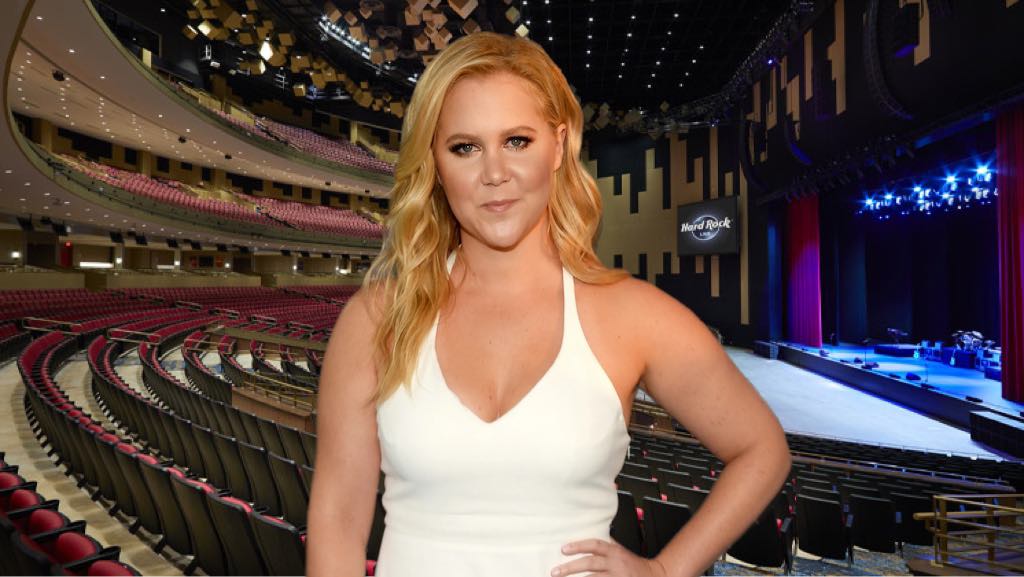 Amy Schumer, who is credited as an author, comedian and actor for no reasons other than that she writes books, performs stand-up comedy and acts in movies and TV programs, has two shows tonight at the Seminole Hard Rock Hotel and Casino Event Center at 6:30 and 9:30, during which she will undoubtedly continue her personal vendetta against the city of Tampa and all the people who live here that have never read a book, which is all the people who live here.

“I was on the road doing a tour and traveling between two horrendous cities: Fayetteville, North Carolina, and Tampa, Florida. I’m not scared about writing that and making those people mad, because I know for a fact that no one who lives there has ever read a book”

– Excerpt from Schumer’s book, “The Girl With the Lower Back Tattoo”, allegedly. We’ve never read it.

That was six years ago as Schumer became the first and only comedy person to ever make a joke at the expense of Tampa and the people who live here, unless you count every comedy person who has ever made fun of our strip clubs, elderly population, meth dealers, weather, sports teams, reactions to pandemic protocols and/or general Florida-centric buffoonery, which is EVERY comedy person and whom we DON’T count because most of them are men.

Six years and we’re still not over this unnecessarily hurtful affront, meaning we had forgotten about it until just now.

To make the assumption that people in Tampa don’t read books is to insinuate that people in Tampa CAN’T read, which is ridiculous because if we couldn’t read, we wouldn’t be able to write, and if I couldn’t write, would I be able to do this (you can’t see me right now but I’m hitting a whole bunch of type buttons on this type-button thing deal to make letters for words come out)?

“It’s not anyone in Tampa is reading her books though.”

And just to be totally clear about that, I don’t mean ‘bitch’ as a derogatory slur against females. I mean it in a non-gender specific way, like how you would describe a dog. What? ‘Bitch’ is a word used strictly to describe female dogs? Well, ain’t that a bitch.

Anyway, the point of this article is to influence any Tampa Bay residents, on the off chance that they’re reading this, to not attend either or both of Amy Schumer’s two shows tonight at the Seminole Hard Rock Hotel and Casino Event Center at 6:30 and 9:30, for which you can buy tickets at this link.

Seriously, don’t go! Do not support this person of indeterminate gender who would dare to attempt to impugn the viscosity and obsequiousness to the degree at which we, the proud denizens of the Tampa Bay Area purport to demonstrate our forensic pre-frontal ability to express our literacy maladroitly.