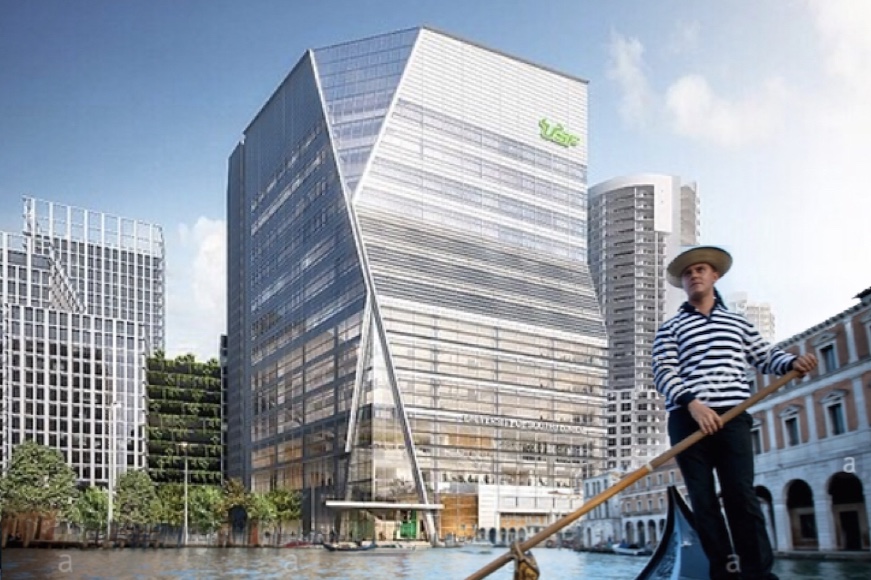 Residents of Tampa are disappointed after coming to the realization that the Water Street development in the Chanel District of downtown Tampa, is not actually going to be a street made out of water.

“Aghhh it’s not fair!” Tony Reprohano jeered as he grabbed the top of his ball cap with both hands.

“I was for sure it was like the French Riviera or whatever that place is called with the Gondolas? Maybe Italy or something? You know, the guys with the long sticks they sit on the back of the boat while you and your girl make out, you know what I’m talking about.” Reprohano rattled as he snapped his fingers and tried to get me to help him remember.

“I don’t know what you’re talking about, I’ve never left my neighborhood.” I said.

“I said,” I took a deep breath so I can be louder, “I’ve never left my neighborhood!” I bellowed from the depths of my stomach.

“Ok, whatever, whatever.” He said, waving his arms trying to calm me down in a patronizing way.

“I’m only here because they told me you had a strong opinion about the water street development not being made of liquid H2O.”

“Right, of course,” Reprohano got his thoughts back in order.

“Anyways, I had promised an investor millions of dollars in stock options involving my new business, but it was contingent on the fact that there was, in fact, going to be a street made of water, because these were some religious fanatics, they liked the optics.”

“Yea, so I had promised them these street of water was going to be built, and I had also brought the idea up in conversation when I’ve been out drinking at beer gardens, and a lot of people also loved it, and at least 1,300 new families have moved to the area since I spread the rumor that the development was going to be made of actual water, and I’m now in way over my head and I fear for my physical well-being.” Reprohano imparted to me.

“Whoa, whoa, no I was just here on journal assignment, I’m going back to the office now.” I said, packing up my belongings back into my satchel, picking it up off Mr. Reprohano’s white animal fur rug.

“Wait! Please!” Reprohano screamed as I glided on my Heely’s out of his 3rd story condo, into the chic upscale hallway.

I have done no follow up on whether or not anything happened with Reprohano or whether or not the city has changed the development to include an actual street of water. Some say it has.