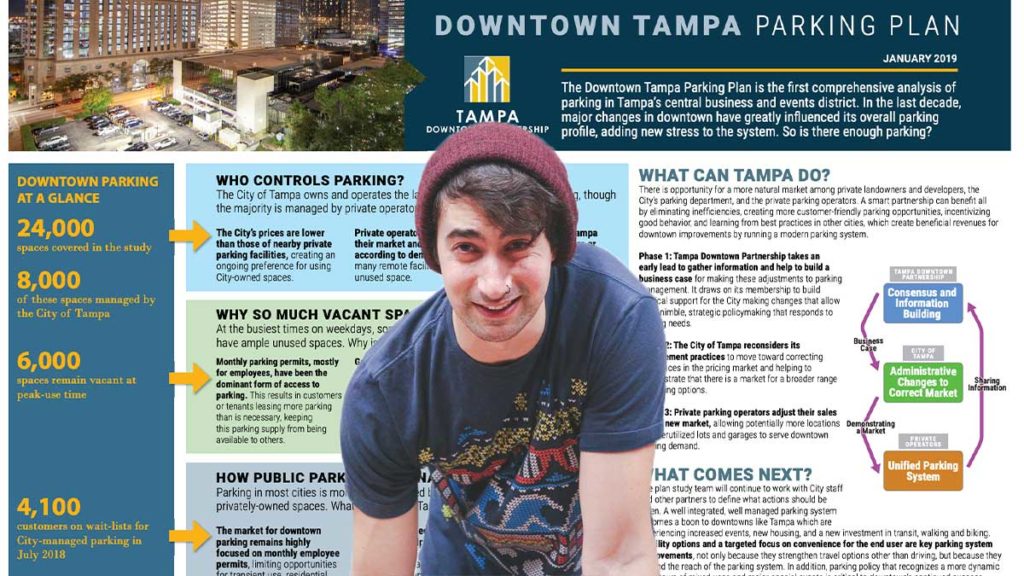 The Parking Division of the Logistics and Asset Management Department for the City of Tampa is tired of people referring to 717 Parking, a privately held company, as a ‘mafia’ organization.

“717 is not ‘the mafia’,” says Kelly Stephens, CPP, Parking Division Manager. “We’re the ones out here doing gangster shit. 717 is amateur hour, compared to us. They’re a bunch of low-level, enforcer goons at best. Or worst.”

Stephens says, “The mission of the Parking Division is to provide the highest level of customer service by following the most current and up-to-date practices in the Parking industry at the most affordable cost. That’s what is clearly posted on the city’s web site and that’s what we operate under as a front to pull off our REAL mission, which is schemes and scams.” He then lit a cigar which illuminated his dark office somewhat. “Do you see 717 killing off entire city blocks of metered parking spaces for no discernible reason? That’s all us, baby. And sure, that benefits 717 to huge degree but it’s not like anybody’s going to ask any questions about that,” he said, while drawing his finger across his throat.

“We’re the ones who maintain a general level of filth in the garages we operate,” he said, as he extinguished the cigar by grinding it into my forehead. “We’re the ones who take zero responsibility if someone’s vehicle is damaged or broken into. We’re the ones who make sure the kiosks don’t issue receipts so people can’t dispute tickets. We’re the ones who recently reduced the available hours for monthly parking by 20 a week without adjusting the rates we charge. I’m especially proud of that one. Imagine if Publix suddenly started selling cartons containing 11 eggs for the price they used to charge for a dozen, claiming the 12th egg had always been an extra gesture of courtesy on our part. We did that shit for real!”

At that point, two thugs grabbed me by my arms and Stephens leaned in real close and said “So let’s squash all this ‘717 is the mafia’ nonsense and start showing me and my department some respect.” He said as he shoved an egg in my mouth. Then the two thugs threw me out onto the street where I found a $25 ticket on my car, which I will not be contesting.