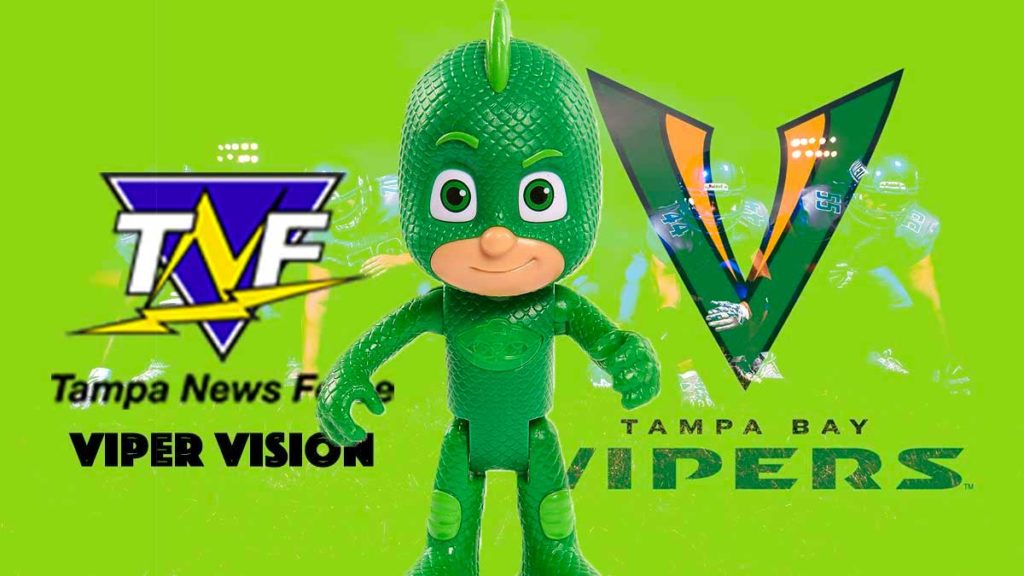 The Vipers new action figure debuted alongside the uniform reveal, however upon slight inspection, it was determined that the Vipers action figures were actually recycled Chinese fast-food toys, which came alongside a “Hong-sai” Burger as part of the Komomora meal sold at select Shanghai Komomora Burger locations.

On Lǜsè Qiáng Zhě Wáng’s episode, he showed up to Summer View High School to help title-character Yung Peng defeat the opposing school’s team in Volleyball. The episode got an 87% on RottenTomatoes which is considered very high for a guest appearance anime episode.

The discovery of the Tampa Vipers’ action figure being a recycled fast-food toy is expected to have no impact of the XFL franchise, as a majority of it’s market is still discovering it’s existence.

“We’re not too worried about anything regarding our action figure, or where it comes from, or what side effects its materials have on human skin. That’s just not my job.” Said third string head coach Betch Wiseman.

“Actually that is your job.” Said the Vince McMahon appointed XFL handler, to Wiseman.

“Are you kidding me?” Said Wiseman.

“Nope!” Said the XFL handler as he pressed a button, which then tased Wiseman in the neck.

“Ah!” Wiseman screamed, clawing at a device that was implanted in his neck.

Nobody else in the Vipers training facility was present while I was there looking to interview people.

“Hello!” I said, echoing throughout the cavernous warehouse, as individual lightbulbs flickered on an off, revealing a series of abandoned cobwebs.

As I kept placing one foot in front of the other, I noticed my feet sinking into the drenched astroturf, getting deeper and deeper with every step.

“Noooooo!” I screamed as green vipers that blended into the turf began constricting my legs.

However, suddenly Lǜsè Qiáng Zhě Wáng swung down from a wire and scooped me up, causing the vipers to release from my waist which the vipers had worked their way up to.

“Oh my God! Green Strong King, it’s you!” I said, because I didn’t want to attempt pronouncing his Chinese name in fear of getting it wrong and offending him.

“I have no idea what you said, but I really appreciate you saving me!” I said back to him.