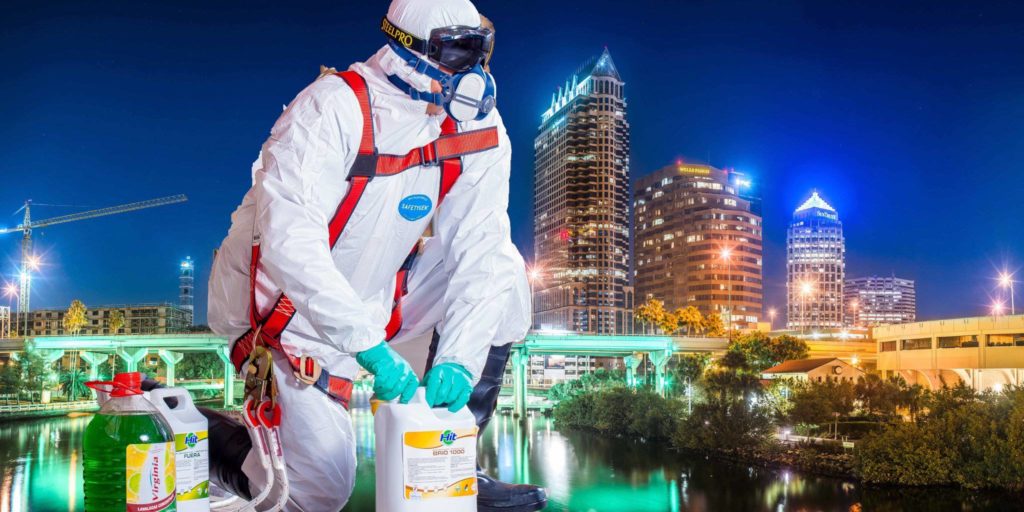 Unfortunately, Coronavirus has made it to Tampa, with the first confirmed case reported early this week. Many Tampa residents feel wary and rightfully so. To date the Coronavirus has claimed more than 3,000 lives. Many cities with confirmed cases of the virus are urging citizens to stay in their homes if possible and cancelling annual events, no matter how popular. I caught up with Tampa Mayor Jane Castor and Events planner Bob Higgins to find out if the Coronavirus will be putting a damper on any of this year’s events.

“Mayor Castor, I have heard that in many cities with confirmed cases of the virus officials are urging their citizens to stay inside and cancelling large events or at least postponing them. Are there any plans to do that in Tampa?” “Absolutely not!” Mayor Castor replied. “We want to keep people safe for sure, but we aren’t a bunch of little fucking bitches are we? Are we?!” She yelled and pounded her fist down on the table, nearly knocking over her whiskey on the rocks.

“So I take it the St. Patrick’s Day Parade is a go?” “Fuck yeah! I’ve already start celebrating, do you like Jameson?” Mayor Castor continued, “You look like a Jameson girl.”

“It’s nine-thirty in the morning.” I replied. “I didn’t ask you what fucking time is was.” The plastered Mayor responded.

Just then, Mayor Castor then fell face down and passed out. I turned to Events Planner and registered sex offender, Bob Higgins.

“Mr. Higgins, what precautions will be taken to keep people healthy at the parade?”  I asked. “We will have people handing out gloves, masks, even scrub uniforms if you want them… with the chest part cut out obviously.” Mr. Higgins replied.

“That sounds like a good idea for stopping the germs from spreading, why cut out the chests?” I asked. “To make it easier for the drunks to show their titties of course!” Mr. Higgins stated way too excitedly.

“Well, this has been delightful. Thank you both for meeting with me.” I said, swiping the bottle of Jameson off Mayor Castor’s desk.

Mayor Castor shook herself awake, and yelled “Tampa Strong! Strong Motha fuckas!” before throwing up on Mr. Higgins, which unfortunately, he seemed to enjoy.