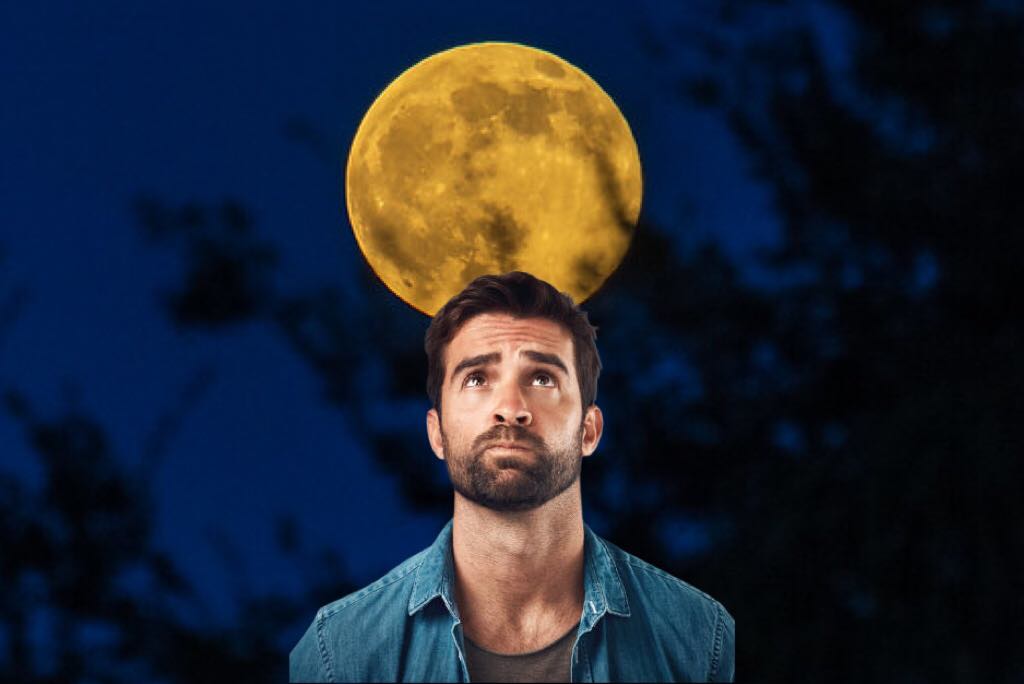 Dean Arrword of Clearwater is tired of being the victim of what he describes as a cruel prank.

“Every time I see someone’s Facebook status that says, ‘OMG, go outside and look at the moon RIGHT NOW!’, I do it. I run right outside and look up,” he said. “And every time, it’s the same thing; the moon. The same old, boring-ass moon.”

Francine McDoog, an ex-girlfriend is one of the people who post those statuses. “Sometimes, the moon just looks so beautiful. It’s breathtaking! I just don’t want people to miss out on experiencing something so amazing, that’s all,” she said.

“Amazing? Bullshit,” responded Arrword. “She’s trying to catfish me, on a galactic level. And it’s not only her; she’s got other people doing it too. I don’t know how she got them in on it. She’s still not over us breaking up, I guess.”

“The moon is pretty sometimes, Dean. Get over yourself,” she replied.

“The moon is so overrated. There’s nothing special about it. They’ve sent astronauts up there and there’s nothing there. Some rocks, a couple of used-up robots and some golf balls. That’s it,” he said. “Plus, we only have one. Other planets have a whole bunch of them, even planets that don’t have people on them. We got the shitty end of the stick when it came to moon disbursement, that’s for sure.”

“The moon sucks. Stop telling me to go look at it.”