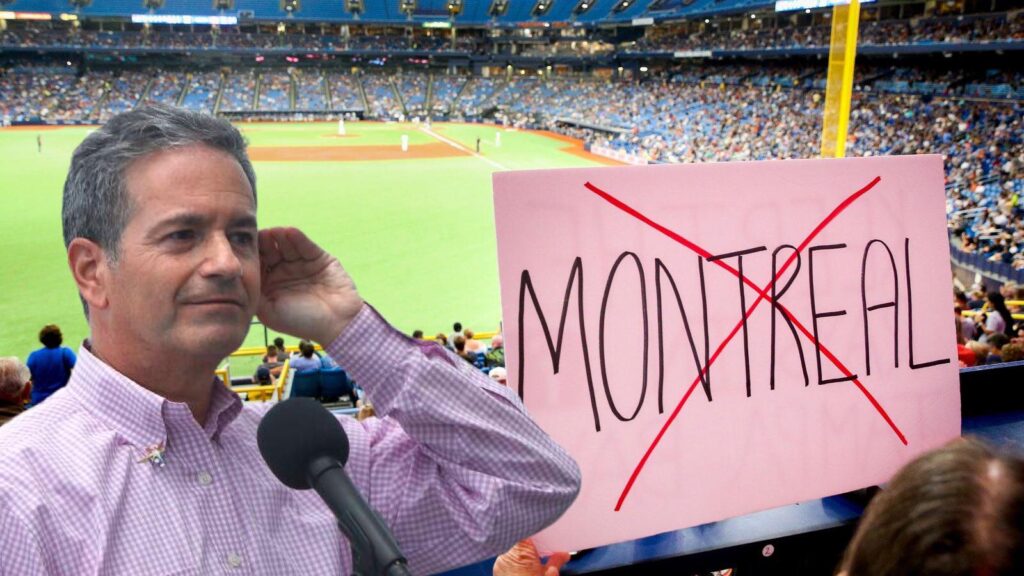 “We didn’t step in sooner because we had no idea that this was something being looked at as a serious possibility,” said MLB spokesperson Ruth DiMaggio. “Half the games played in one city and the other half played 1,500 miles away in another country? Who in their right mind would think that would be a good idea for either city? You can’t get one city to build you a new ballpark, so your response to that is to think you’ll get two of them to do it? We figured that had to be a joke.”

“But (Rays principal owner) Stu Sternberg kept talking about it. We thought it was a comedy bit and that he was just really committed to, like an Andy Kaufman stunt,” she said. “Then we realized, ‘oh shit, he isn’t kidding!’. So we decided we had to do something.”

She added, “Fun is fun, but enough already. Sorry we didn’t take action before today, but we’ve been preoccupied with other matters like a looming labor disagreement. You know, stuff that might actually happen.”

“No, we really thought this was a good idea. We honestly thought it could work. We still think it can work!” said Sternberg. “I mean, what else am I gonna say at this point?”

Reached for comment on the developing situation, recently elected St. Petersburg Mayor Ken Welch said, “So what happens now? Do we resume fighting with Tampa over who pretends to want the team more and make threats and hollow proposals, like in the old days? I honestly don’t know; I’m new.”