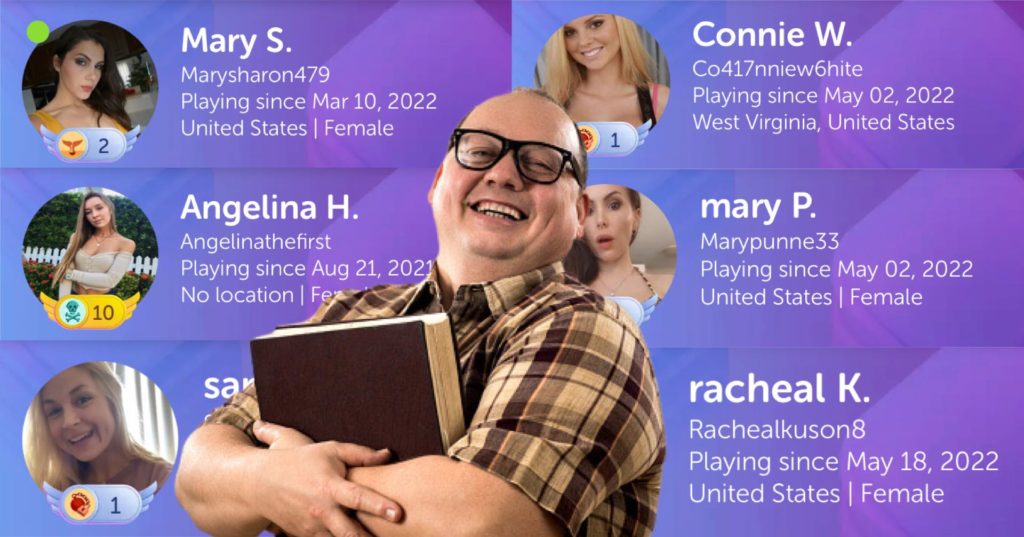 Jay Bagre of Clearwater is attracting a lot of attention from beautiful women because he plays the popular game “Words With Friends” on his phone.

“It’s unbelievable! All these beautiful women reaching out to me through this game because of my vocabulary skills”, he said. “That extra year of English for Academic Purposes I took at SPC has really paid off!”

“Words With Friends” is a free-to-play online multiplayer word game, founded in 2009, where players take turns building words in a crossword-puzzle style manner, similar to other classic board games, most notably “Scrabble”.

“I never had chicks lining up to bang me from playing Scrabble, though”, said Bagre. But I guess you could say when it comes to this game, I have game!”

He said he plays the game every day and gets multiple requests to start new games, all from attractive single women every week.

“There’s a chat feature and they always initiate a conversation, asking me where I’m playing from and if I’m single and if I’ll go to chat with them on other platforms so we can learn more about each other”, he said. “These broads are totally real and totally thirsty because they like my smart learn brain. They say exactly that and other things that totally real human beings say.”

“I haven’t dated any of them or met in person yet because I’m super-picky”, he said. “And also, they always quit the game and delete their profiles after I’ve shared certain personal info with them. Probably because I’m so good at it. I’ll have to start taking it easy on them.”

“It’s not their fault they aren’t very bright.”