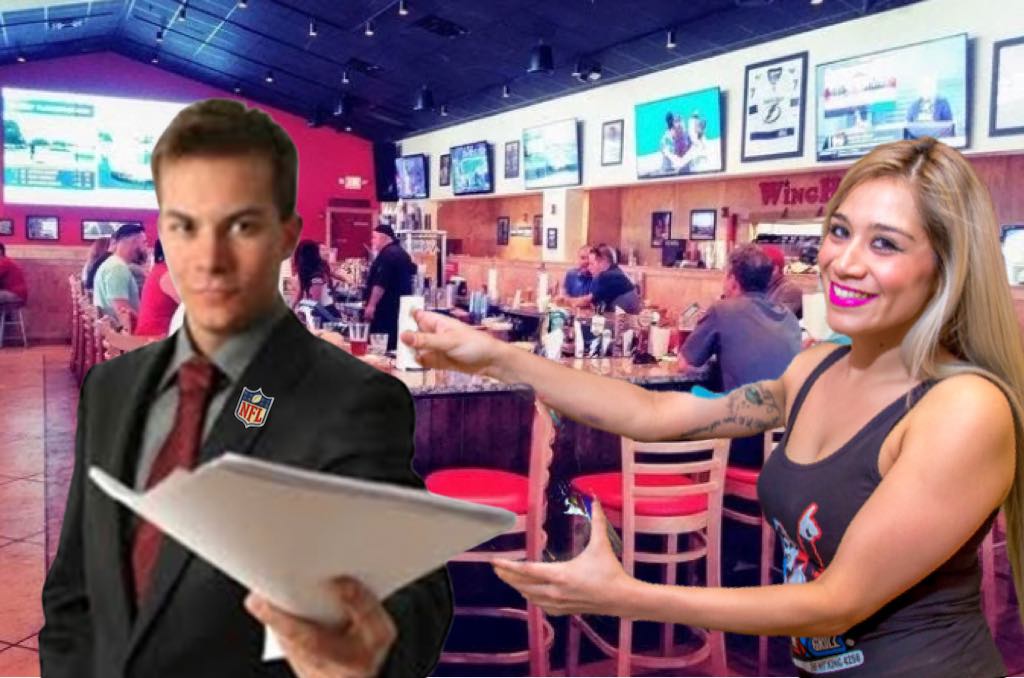 With Super Bowl LV coming up, many Tampa Bay Area sports bars are hoping to cash in with their biggest sales day in years, even before COVID-19, but they’re being cautious about how they market their events.

The National Football League (NFL) trademarked the phrase “Super Bowl” back in 1969, along with “Super Sunday”, and considers any commercial activity that uses the term “Super Bowl” to be in violation. They are notoriously aggressive about protecting their registered trademarks, going so far as to litigate against businesses who use their name to promote events and services.

Under trademark law, use of a third party’s trademark is considered to be permissible “nominative fair use” if the use does not suggest a relationship between the advertiser and the trademark owner and the trademarked goods or services cannot be readily identified without using the trademark, this includes media organizations reporting on the event and satire making fun of it.

Unrelated nor apropos of nothing involving the NFL and Super Bowl LV , be sure and check out the TNF merchandise shop!

“We’ve always been careful to avoid any kind of legal hassles, and we’re being even more cautious this year with the game taking place in Tampa”, said Sasha Prilwitz, owner and manager of Chuggers in Clearwater. “That’s why we always refer to it as ‘The Big Game’ or something like that.”

She said she learned how serious the NFL is prior to last year’s Super Bowl which was held in Miami. “We promoted our event as the ‘Schmuper Schmowl’ and they sent us a cease-and-desist letter because the flyer had a picture of a football with the Roman numerals ‘LIV on it,” she said. “It didn’t even have any logos. They do not mess around.”

“This year we’re being even more extra cautious and simply calling it ‘The Final Competitive Event of the Most Recently Completed Season of Professional American Sport’. Hopefully, we’re covered.”

“We don’t want to rip anyone off. We’re just a local, independently owned business trying to make a go of it in an extremely difficult economy by selling our famous Chili Cheese Champion Chicken Chunks and Jalapeno Curb Stompers to fans of the one certain professional sports team that wears red and will play their sport on Sunday in Tampa. We’ve been struggling, to say the least”, said Prilwitz. “With this being the first chance to come out ahead since I can’t even remember, I’m not trying to get sued into oblivion by the NFL.”

“Unfortunately, NFL is a registered trademark of the NFL and we will need to pursue immediate and severe legal action against Ms. Prilwitz and her establishment for egregious copyright infringement as she is a habitual, repeat offender”, said NFL lawyer Mike Bankes, climbing out from beneath the bar’s pool table where he had been hiding for the past week.