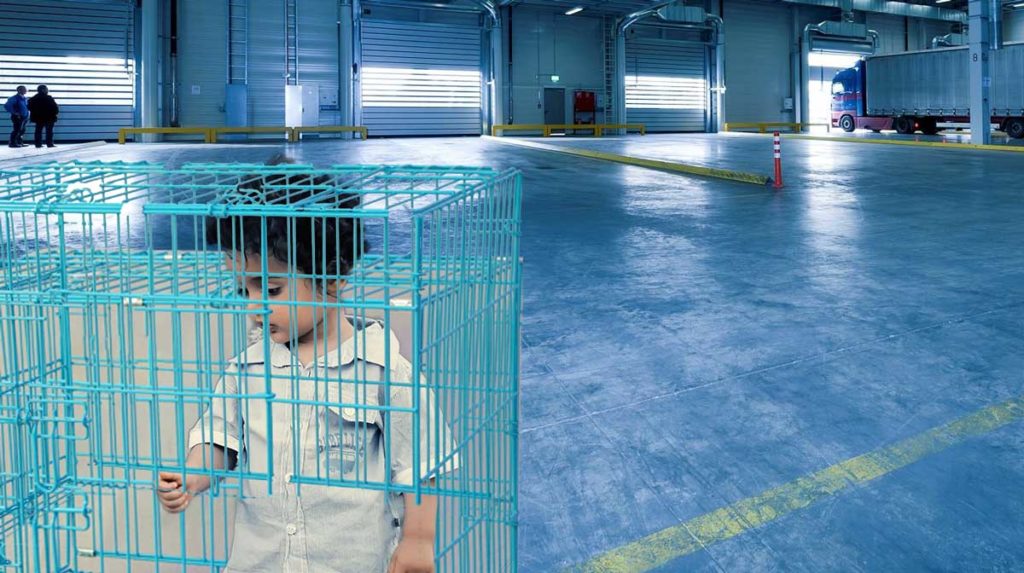 Complaints have been rolling in to the federal government, as ICE employees are struggling to do their jobs, as children are continuing to outgrow their cages.

“It’s hell right now,” said ICE child wrangler, Betsy Jo. “At first we would just put the kids in there and not think about it, but it’s been a long time since we’ve started doing that, so some of them are outgrowing their cages and getting lose in the facility, screaming and crying for their parents I assume, I can’t understand what they’re saying,” Jo snorted a quick laugh. “The point is, I’m just trying to do my job, and I can’t because we don’t have the proper cages, so we’re sick of the unfair treatment from our government, not considering our needs.” Jo teared up for a second. “It’s like they don’t care about me.”

Larger cages are expected to get to the FEMA facilities at some point, but it probably won’t be anytime soon.

“Yea, we’re still focused on casting these giant plastic molds of mass coffins,” said FEMA official Chent Westington Blackwater III. “We’re still stockpiling mass grave equipment in numerous locations in the middle of the country, we’ll get to the immigrant kids when we get there.”

Suddenly a man in all black shattered through my window, repelling down a rope from my roof. “GET ON THE GROUND!” He shouted, pointing a gun at me.

He chest kicked me off my computer chair, then he took off his tactical mask to reveal he was Mike Pence. “Mama said I can leave for 5 minutes and beat up one troll fake news journalist.” He started kicking me while I was on the ground, something totally frowned about in standard fight etiquette.

“I didn’t do anything man.” I said, trying to absorb his blows. “I’m just writing jokes about something really messed up, you know, to bring awareness and stuff.”

Pence stopped beating me. “Oh, I didn’t know it was like that!” He said, helping me up to my feet. “My bad, go for it! My 5 minutes is almost up anyway. I’m going to try to get to a 7-11 before it’s my curfew!” Pence then tapped a button on his chest and teleported out of the room in a flash of light.

Anyways, maybe new bigger cages will get to the FEMA camps for those kids. The only reason I bring this up is because Kamala Harris, in the first debate said her first day in office in 2021 she’ll release the children in cages. But that’s implying that those same children will be in cages two years from now. Are you really telling me children are going to grow in cages over the next two years and nothing will be done to change that unless Kamala Harris becomes President? Surely that can’t be the case right? Right?