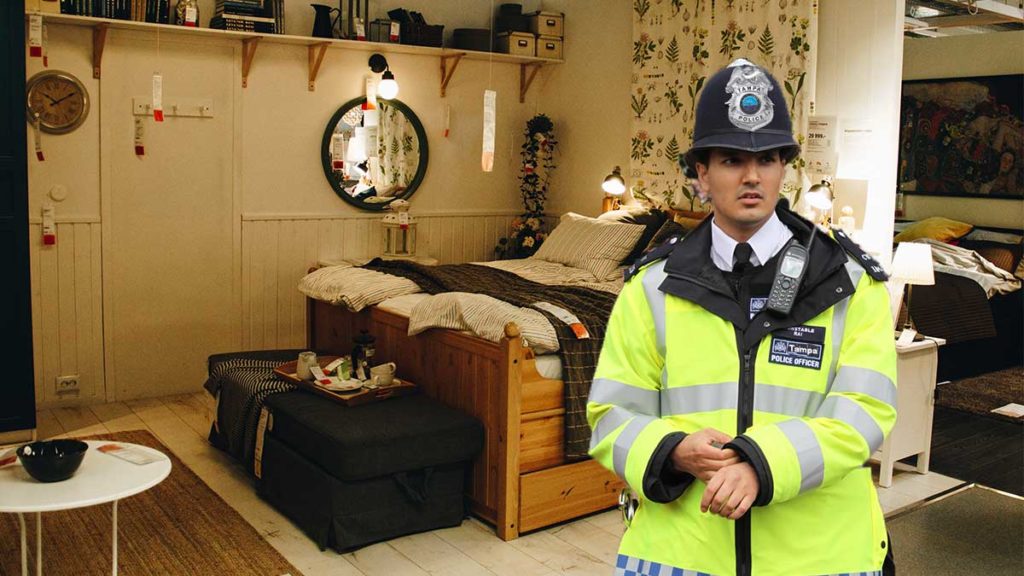 In an effort to allow cops to sleep in more, Hillsborough County will begin enforcing a cop curfew effective from 9 PM to 5 AM.

“This program has been long overdue,” said Tampa Police Chief Gunny Downyu at a recent press conference. “We hope this curfew will get us one step closer to a Tampa that is free of crime.”

After a month long research study, a consulting firm determined that cops in Tampa weren’t getting enough sleep.

“If my cops aren’t sleeping then they won’t be out there arresting people right,” said Chief Downyu. “I want the citizens of Tampa to know that we will have the most well rested cops in America, and when they are well rested they won’t have time to make a mistake. If they do, we will be watching from our body cam surveillance trailer.”

Chief Downyu took me on a tour of the surveillance trailer which looked like a beer distribution van.

“Everyone is usually too drunk to suspect us when we are in here surveilling,” Chief Downyu said while cracking open a 32 oz glass bottle of King Cobra Malt Liquor.

He offered me one and I declined before he laughed and said it wasn’t an offer. I went on to drink a few bottles of the malt liquor with the police chief while spying on the cop cams.

“We got to make sure these cops are enforcing the laws our forefathers came to this country to create,” said Chief Downyu. “God wrote all the laws in Florida, no doubt about it.”

“So how is this going to work?” I slurred while asking the chief. “What if they are busy with something past 9 PM? Or if someone breaks a crime between 9 PM and 5 AM?”

The chief looked like he was wondering the same. He sat in silence for a moment and the clock on his dashboard struck 9 PM.

“Oh, oh.” He said, “I guess this is goodnight.” He laughed. Suddenly he jolted in his seat, screaming out in pain like he had been electrocuted and passed out.

I shook him to see if he was okay and it looked like he was breathing. I then saw on his laptop screen that every cop wearing a body cam was slumped over the last place they were at. An eight hour countdown appeared on the screen and began ticking down.

No word yet on any changes to this program, so I guess y’all try not to get too crazy out there.