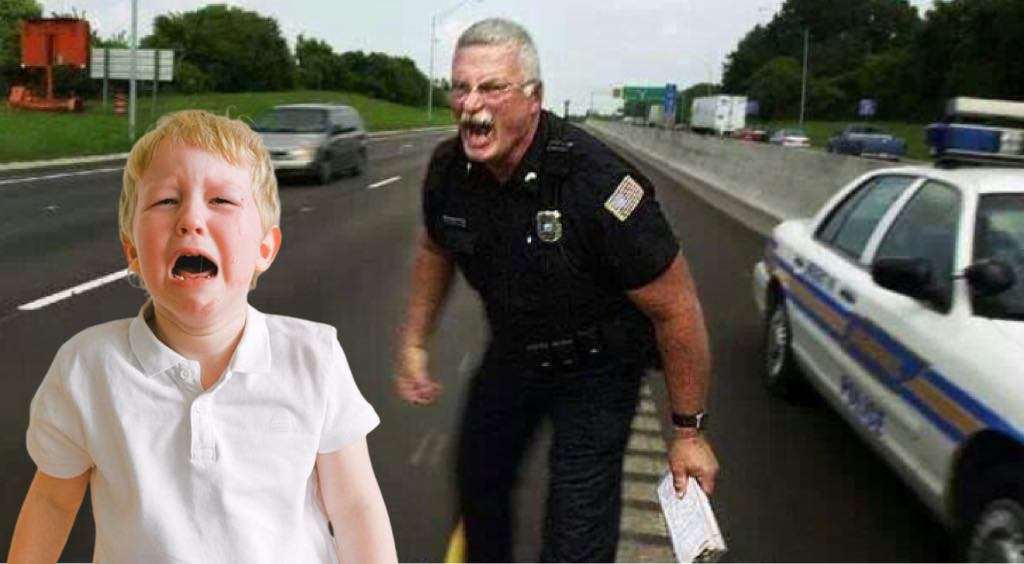 Police have officially declared that children will be the new group to be treated the most unfairly moving forward after a union vote was taken, determining that black guys have “suffered enough.”

“Yea I was starting to feel bad for them.” Said officer Kenneth Lewinksy, state trooper of Florida.

“I mean, I was trained just like every other cop, with special instruction to disregard the feeling of darker minorities, getting less humane the darker the pigment got, but after all these years, it just doesn’t really feel right anymore.” He said.

New measures will be taken to train future and current officers, focusing on their misplaced rage on the youth.

“All that rage we feel towards people of a different race will now be directed towards kids, who lets be honest, are less combative than black guys, so it should be easier to get away with it. Black guys have wised up over the last few decades and learned their rights making it much harder for us to get away with all the beatings. Kids are stupid, we can beat the shit out of them, and they probably won’t do anything about it. I hope at least, I don’t know their iPads and stuff might be teaching them quicker than we can beat the sense out of them.” Matterson claimed as he spit tobacco juice onto my shoe.

The change is expecting to cause an uprising amongst the youth and speed up their maturation process.

“This is going to be an overall good move.” Said the head of the secret society of rich billionaires the influence the world.

“We’ll get more grateful workers in the future because the kids will be grizzled and broken from a young age which will create substantial performers for us.” The nameless leader informed me.

“Welp, I’m going to get back to changing the weather and deciding which popstar deserves 100 million dollars.” Then the society figurehead transcended using some technology I’ve never seen before and I can’t even really explain because it was so foreign, I can’t begin to describe the physics behind what took place. Also, that’s the end of the article. Yea sorry there wasn’t more in relation to the topic on this one. That’s your fault for guessing a TNF article might completely be linear. Most of them aren’t. At least on my end. The rest of my co workers, don’t get me started. The things I’ve seen these people do around the office, is laughable. Burning things, branding themselves with hot pokers, really sick stuff. And I just try to stay in my office and write. That’s half the reason I keep writing these, I don’t want to have to go back out into the hallway with the monsters. Sick puppies, trust me, you don’t want to know about these peoples backgrounds. It’s diverse in all the wrong ways if you know what I mean. I don’t want to embellish too much, but these characters are one rock short of a quarry if you catch my drift.

Alright, well anyways, I guess I need to go into the cafeteria to get my decaf skim milk. On ice. Mmmm my sweet honey dipped decaf skim milk blend. Nothing makes me feel better than that treat I create for myself. That’s all I’ve got.