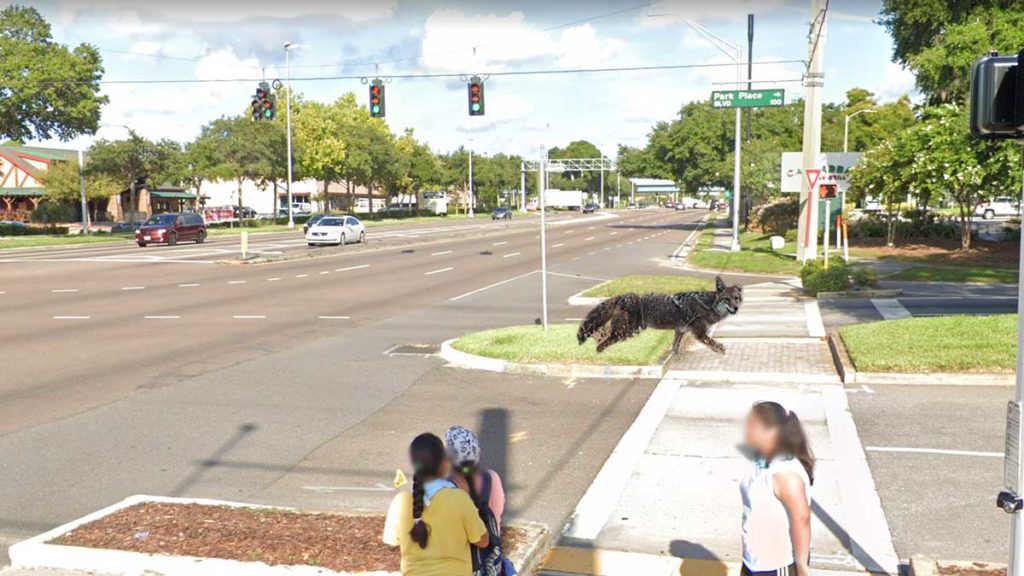 Coyotes, which have been a fixture in Pinellas County since the 1970s, are tired of being harassed and want government officials to enact hate crime laws in their defense.

“We’re just like anybody else who’s moved here from somewhere else,” says a coyote. “We’re looking for a place where we can enjoy the climate, raise our offspring, maybe eat some stray livestock or family pets. We’re no different than families who move here from Chicago or New York.”

Yet coyotes find themselves facing intense scrutiny and dislike from their human neighbors.

“I just don’t understand the hatred. It’s not like we harm children or anything,” said a coyote, a different one. “I mean, I would if the opportunity presented itself. If I had the opportunity to find a human child by itself in the woods, or even playing alone in a backyard, I’d totally mess that kid up. I really want to, too. But I don’t, because that opportunity has yet to present itself, and that’s what should really be taken into account.”

County residents have mixed views on the coyotes. “I had some brush and dense weeds built up around my house,” says Regina Idlewild of Belle Air. “I thought some of them [coyotes] were hiding in there and going through my trash at night because they were making a real mess of the place. But it turned out to be a family from Michigan. By comparison, coyotes aren’t so bad.”

However, Mel Hester, who lives in Largo says, “I don’t necessarily hate them but I also don’t want them around. They should stick with their own, the way God intended. In my day, you just didn’t associate with their kind.” When asked what he’d do if his daughter ever dated a coyote, he said, “I don’t know, man. That’s too horrible to even think about. I’d probably disown her. I want to be a grandfather but don’t be bringing no rabies babies around here.”

“See? That’s the kind of bigotry we deal with every damn day. What the hell is that?” Asked yet another different coyote, or maybe one of the same ones because I honestly can’t tell the difference between them. “That’s really not cool, not in this day and age. Worse, the government actually supports this mindset!”

In fact, Craig Fergers of the Pinellas County Wildlife Federation says, “I tell people all the time that the best way to prevent against the threat of coyotes is to use negative reinforcement. Make sure the coyotes know that they are not welcome. Make loud noises, throw rocks in their direction or spray them with a garden hose.”

“It’s just unfair. Tarpon Springs is infested with Greeks and nobody throws rocks at them,” said an especially large coyote advancing on me from behind and getting close enough to actually nip at my clothing. “How about some kind of protective legislation similar to what’s been offered to other persecuted groups in society? Something that makes the loud noises, rock throwing and hose spraying a prosecutable crime? I don’t think that’s too much to ask.”

“Yeah, that is too much to ask,” says Mr. Fergers. “Because they’re coyotes.”