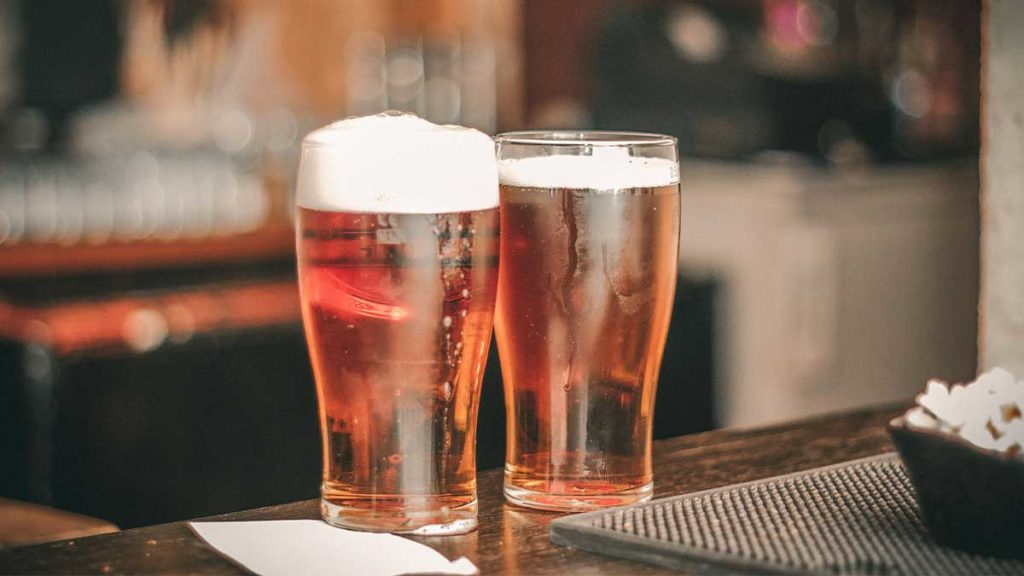 One of the hundreds of microbreweries in St. Petersburg has decided to memorialize the imminent war with Iran by adding a new beer to their menu.

That new concoction, created by brewmaster Derek St. Germaine, is a fruity wheat ale. According to the tap board, the “Shah! Ale Reza-nother” has “hints of orange, lime, and muskmelon (whatever THAT is!)”. This seasonal ale is served in a liter sized boot and will only be available for the duration of the conflict. However, St. Germaine cautioned patrons that this beer is not for the faint of heart.

“We don’t expect anyone to chug this thing,” St. Germaine explained. “You’ve got to set some time aside. Really savor it. By the end, you’re going to want to get in there and lick that boot clean.”

According to St. Germaine and his staff, business has never been better. He pointed out the lack of available seating at the bar. Every square inch of the brewery was occupied with a diverse clientele. Patrons ranged from employees of Lockheed Martin, to contractors from Raytheon, and even executives at Northrop Grumman.

St. Germaine has hired several employees to assist with the increased demand. One of the newest employees is Hunter St. Germaine, Derek’s eighteen-year-old son.

“It’s not bad money. I mean, I don’t have to pay room and board. And I figure when I’m done, I can always go to college,” said Hunter. “But, honestly, it’s a little weird that I can serve, even though I can’t drink.”

As for how critics have received the “Shah!” ale, local beer connoisseur, Connor McLaine, said, “It starts out good. But it lacks a clear finish.”

After having another sip, he continued, “I don’t know. It just doesn’t leave a good taste in my mouth.”