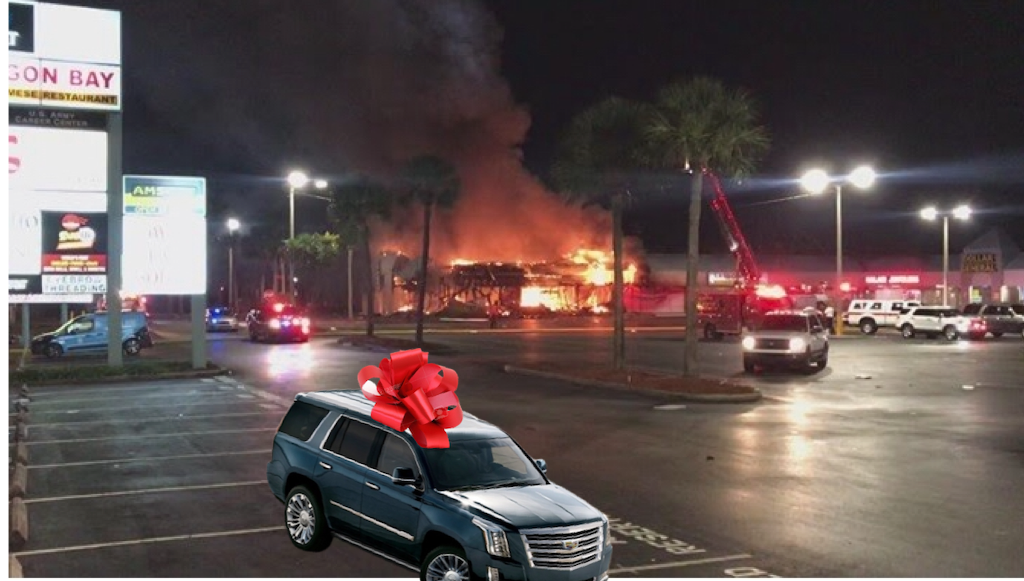 The new “De-escalade with Escalades” initiative has begun in Hillsborough County, involving police officers patrolling neighborhoods where citizens who have been most effected by police brutality, and giving out Escalades.

35 new 2020 Cadillac Escalades have been given out so far costing the the city nearly $2,200,000, pulling funds from an organization called the SFIF (Stupid F***ing Ideas Foundation).

“Here at the SFIF we raise money through email donations disguised as government grants and we reallocate that money through government run organizations, successfully laundering our assets through the lawmakers, therefore involving them, forcing them to let us continue operations and not arresting us.” Said Damien Copter, head marketing director for the SFIF.

“See, we know what would actually help people, but we don’t want people to be helped or be equal, so instead we try to steal peoples money and waste it on materialistic goods that depreciate quicly, such as Cadillac Escalades, whom we have an exclusive deal with, so we can wholesale them cheaply, and we all profit on that as well. ‘We’ meaning the universal, ‘everyone but you.’” Copter earnestly said to me.

“The best part is we’re also stealing people’s tax dollars, so we’re making money about 4 different ways out of this one, I’m getting richer, my friend’s friends are getting richer, while we also oppress people for no other reason than the joy of being dishonest and holding others down in a combination of insecurity and evil, and there’s nothing that you can do about it, because we’re disguised as a charity, so we’re literally untouchable!” Copter laughed, as he dusted off his hands, and began pacing about his study.

“Well I’m going to report all of that and people are going to get upset!” I revolted.

“Ok, I don’t care!” Copter stuck his face forward and responded, staring back directly into my eyes.

So that’s what I’m doing right now, and I hope this can help bring about some change, and I want to meet up, but I can’t set a time or location here or else they will see it, so we need to set up a series of communication networks through clicking noises and laser beam flashes, however I can’t communicate how we will communicate those things on here because again, they will see, so what’s going to happen is I’m going to go to a different Waffle House every day at a certain time, I will not say when, and I will be wearing a certain something that should be recognizable, I will not say what, but if you spend at least 10 hours each day driving around and frequenting each Waffle House, we will eventually meet, and once we meet in person, I can pass you physical written notes in invisible ink to which I have buried a special marker in a certain park under a certain tree which I will not name at this moment because It must remain a secret to keep our communication line safe. That’s all I can say. And also, you must make sure to put all current electrical devices into the microwave of the toilet at once, or else everything else you do will be monitored and used against you. Don’t fear the sparks from the microwave as your former shackles bake. You’ve been liberated from the alti-verse and you are now one with Zion and Gaia. We will experience ultimate bliss within our lifetime if we follow the teachings of Master Unisex. I’ll see you in Waffle House soon.